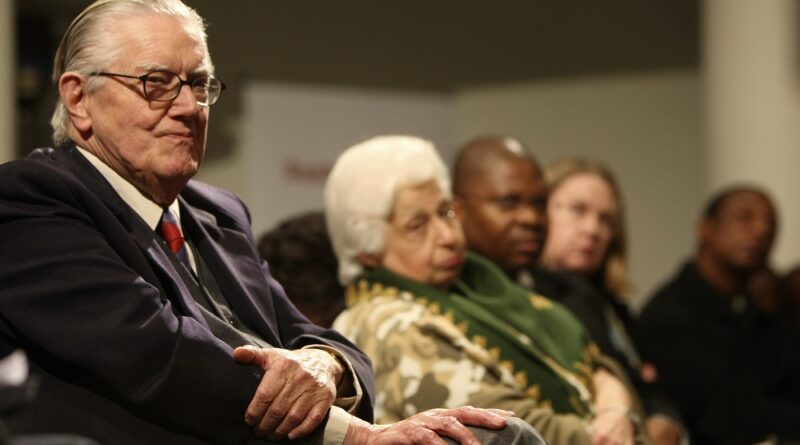 Raymond Louw – editor and campaigner for press freedom in South Africa and CJA stalwart – has died aged 92. He was a towering figure: brave and resolute in the face of extraordinary pressure from the apartheid state.

He edited the Rand Daily from 1966 to 1978, a term which exactly mirrored the premiership of John Vorster, one of South Africa’s most notorious leaders. Under his editorship the paper had an unrivalled reputation for exposing the worst excesses of government. This included the Muldergate scandal, when the regime bought journalists and editors at home and abroad, in an attempt to improve its international image. During Louw’s editorship of the Rand Daily Mail, studies found more than 70 percent of the United Nations’ material on apartheid came from his newspaper.

After the end of apartheid Louw continued to champion press freedom. At the time of the country’s first fully democratic elections in 1994, he helped to lead the Independent Media Commission, which attempted (not always successfully) to ensure impartiality within the state-owned media. He helped found the Media Business Training Foundation at Wits University, which trained black business journalists. He played a prominent role in several international organisations – including PEN.

Margie Orford, the novelist and former South African PEN president, described him as a man of “such integrity, intelligence, principle and compassion”. She added: “He taught me how to hear the views of others with an open mind and open heart. He was unfailingly courteous and patient but on matters of principle he was uncompromising.”