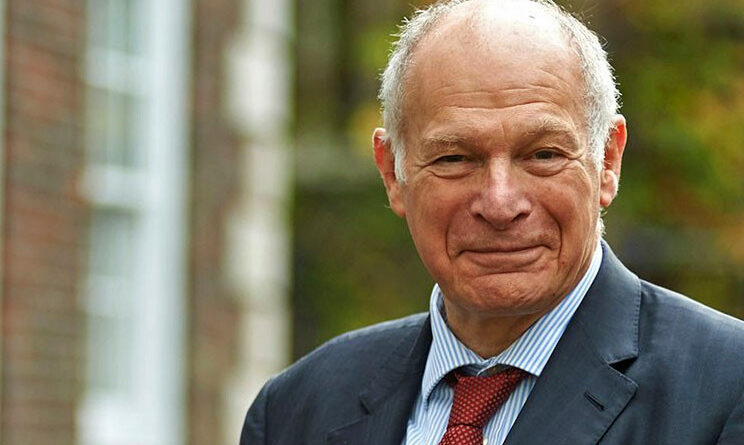 By William Horseley, International Director of the Centre for the Freedom of Media at Sheffield University, and CJA-UK Executive Committee member

The chairman of the UK government’s independent High-Level Panel of Legal Experts, Lord Neuberger, pictured, has outlined its ambitious plans two months after the panel was established at the London Conference on Media Freedom which the UK co-hosted with Canada in July. Lord Neuberger, a former president of the UK Supreme Court, spoke at a gathering of parliamentarians from around the world organised on September 9 to 11 in London by the British Group of the Inter Parliamentary Union (IPU).

The declared goal was to mobilise parliaments to speak up for media freedom when it is under attack and help ensure that governments across the world fulfil their obligations to defend it.

The urgent tone of the IPU meeting reflected an acknowledgement among many states that the decline in press freedom around the world – evidenced by the record numbers of journalists being killed, jailed, disappeared and criminally prosecuted – represents a fundamental threat to media freedom and to free societies and the rule of law. One of the far-reaching aims of the global campaign is the creation of National Action Plans to improve journalists’ safety and the working environment for free media everywhere.

Last week the UK Parliament’s Foreign Affairs Committee published a stinging report directed at the British government. It said that the initiatives so far announced “must move beyond the rhetoric and demonstrate real impact in defence of media freedom”. The report criticised the campaign for having been “too reliant on the goodwill of governments who have been among the worst perpetrators”.

The all-party committee cited the UK’s ongoing failure to call on Malta to establish an independent inquiry into the murder of journalist Daphne Caruana Galizia two years ago or to publicly criticise the Saudi authorities over the murder last October of Jamal Khashoggi, as well as its kid-gloves attitude to the government of Turkey despite sweeping evidence of media freedom violations there.

In each case the MPs called on the government to voice its criticism publicly and respond with real actions. Daphne’s death should set a precedent for accountability, not for impunity, they said; and the UK should impose sanctions against Saudi perpetrators of Khashoggi’s murder.

The July conference, the brainchild of former UK Foreign Secretary Jeremy Hunt, was attended by 120 government delegations and 1500 participants. The announcements made there included a Global Media Defence Fund for sustainable independent media, to be administered by the UN Agency UNESCO; a Media Freedom Coalition of states committed to lobbying in unison when media are attacked; and a Global Pledge on Media Freedom which is open to all UN member states to sign.

Perhaps the most striking initiative is the setting up of the 16-member High-Level Legal Panel with the human rights lawyer Amal Clooney named as the UK Foreign Secretary’s Special Envoy for media freedom. She was part of the legal team acting for the two Reuters journalists jailed in Myanmar for over 500 days for reporting on the army’s killing of Rohingya Moslem men and boys but finally freed in May this year.
Lord Neuberger said the Panel will produce recommendations to assist states to review and reform “bad laws” and make new ones that are compatible with international standards, while taking due account of regional traditions. He hoped that the United Nations would play an increasing role in implementing the agenda outlined.

National parliaments would have a vital role in passing the necessary legislative changes. To give the system teeth, he said, the Panel would work with academics and other experts to draw up ‘model laws’ including safeguards for media freedom in six areas:
* Blasphemy and hate speech;
* Sedition, defamation and lese majesté ;
* Protections for traditional media against the effects of online misinformation and disinformation;
* Anti-terrorism and public order;
* Official secrets and espionage;
* Systemic restrictions on the media’s proper role of public scrutiny.

In addition the Panel will seek to promote five new mechanisms to improve the working environment for press freedom and the work of journalists, relating to:

* Expediting visas or citizenship for journalists at risk;

The dark global picture for critical journalists, along with other independent truth-seekers and human rights defenders, is associated with a category of ‘strongmen’ leaders around the world in countries as diverse as Russia, Azerbaijan, the Philippines, Turkey, Hungary and Brazil. What they share is not any particular ideology like communism, but the effective political takeover of the mainstream media as well as the national legislature, the security apparatus and even the courts. ‘The vertical of power’ is what President Putin called it; Prime Minister Viktor Orban in Hungary speaks of ‘illiberal democracy’ as the guiding principle of his rule.

The report of the UK parliament’s all-party Foreign Affairs Committee was a timely example of how in a functioning democracy MPs can cooperate across party divides to deliver a rebuke to the government for its lack of boldness on something as politically sensitive as the defence of media freedom. The committee says it will continue to assess whether the government is living up to its pledges.

But parliamentarians from several of the countries spoke bitterly of their own lack of freedom to challenge injustices against journalists or others because of what they portrayed as a prevailing intolerance of dissent enforced by ruling elites which use patronage and all the resources of the state to control the parliament and media as well as powerful state or public agencies.

In the words of a reform-minded Kenyan MP in the ruling party “Most journalists investigate the ruling party and it is hard for us to stand against our own government” –especially, it was said, when the governing party uses the budget to “capture” parliamentarians. The speaker appealed for the creation of an international network of parliamentarians to jointly speak out against abuses, because without outside support their own voices would be stifled. The conference heard that in Kenya political figures control 80 percent of the media and that many outlets are ‘compromised’..

A Serbian parliamentarian remarked that impartial reporting of the kind the BBC is known for is impossible in Serbia because of what was called “media capture” by the ruling party. In the past year scores of incidents of harassment and physical attacks have been reported against journalists in Serbia who expose crime and political abuses.

Armenian MPs who entered parliament last year after the country’s so-called “velvet revolution” voiced fears that the new reformist government was at grave risk already despite its large majority. They too appealed for support from outside democratic forces because, they claimed, powerful politicians of the former government still own the nation’s mainstream media and are orchestrating a vicious campaign of smears and disinformation to block anti-corruption reforms and discredit the would-be reformers.

Many examples were cited of the growing tendency of government leaders around the world to deny the watchdog role of the media by seeking to block critical journalists and dismiss unfavourable reporting as “fake news”.

It was suggested that the politicisation of the media and the underlying issue of “media capture” by political and partisan forces ought to be addressed in the work of the Legal Experts Panel. Protections for media freedom could not be effective without real constraints on the ownership and management of media by political vested interests, the widespread misuse of state resources for partisan political ends, and insidious political pressures to undermine the independence of legal systems and the courts.

Lord Neuberger acknowledged the value for the Panel of examining these issues, remarking that the complexities of the factors involved in protecting media freedom were often poorly understood.

**Takeaways for parliamentarians and their proper role in protecting media freedom

The three-day meeting aired some home truths which often go unspoken out of deference to sovereign governments.

One is that the statistics published by UNESCO’s Observatory of Killed Journalists show a worrying increase in the number of journalists killed in countries like India and Brazil as well as in conflict-torn countries such as Somalia, Syria and Afghanistan.

Contrarian opinions were voiced by members of parliament from some countries which are identified by leading NGOs as serious offenders concerning press and political freedoms. Parliamentarians from one Gulf state asserted that national security was more important than freedom and claimed that the country concerned had no journalists in its jails. A panel speaker representing Reporters Without Borders rebutted that claim, citing its finding that the country was holding fifteen journalists or citizen journalists in detention, including several who face charges of spreading rumours or “fake news”.

The gathering also heard about positive initiatives where parliaments are seeking to establish workable safeguards for media freedom. The Canadian parliament is considering legislation to strengthen protections for journalists’ confidential sources. Belgium has adopted a law to teach media literacy in schools to counter false online news. In the UK the ex-Foreign Secretary Jeremy Hunt pledged to introduce a system to ensure that new legislation is subjected to independent review to ensure that the UK’s commitment to press freedom and freedom of expression is upheld.

The political hurdles in the way of achieving a safe and enabling environment for media freedom are many. The London meeting helped to clarify the essential part parliamentarians must play in bringing it about, and the dire consequences when they succumb to venality or the power of arbitrary government. The meeting recalled the international legal frameworks which the great majority of states have signed up to, especially the International Covenant on Civil and Political Rights and relevant regional bodies such as the African Union, the Organization of American States and the Council of Europe.
The participants heard powerful testimony showing that the defence of media freedom is one of the defining issues of our time.