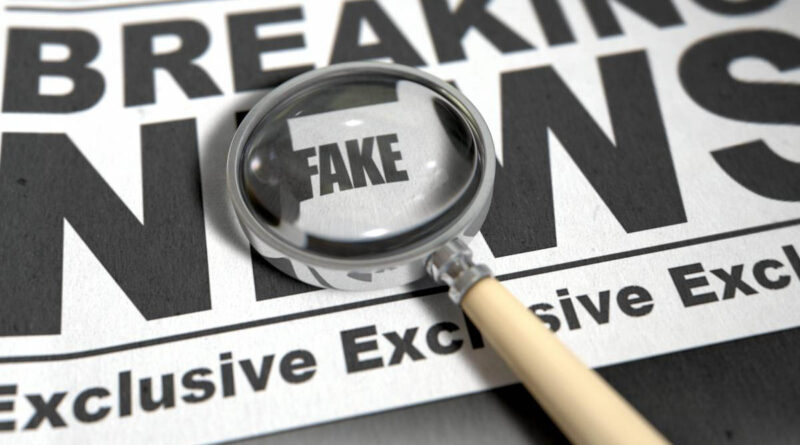 For long years, we complained of misuse of television and then, of the Internet. While this persists, now it is fake news.
In a collective action that was long overdue, global news majors have braced to fight disinformation. It is essential for them if they want to stay credible and relevant in the eyes of the people they serve.
New industry collaboration is being launched for a fact-versus-fake news battle. In India, The Hindu is partnering with the BBC and others in a global campaign against fake narratives. The collaboration was announced by the BBC and the partners in Chennai on September 7, 2019.
Under this collaboration, news and technology majors will work together to protect their audiences and users from disinformation, particularly around crucial events such as elections.
Earlier this year, the BBC convened a ‘Trusted News Summit’, bringing together senior figures from major global technology firms and publishing.
The issue is global. In India, it was precipitated by events such as this year’s elections, which highlighted the dangers of disinformation and underlined the importance of working together.

The summit agreed to work collectively on various initiatives, including creating systems where organisations can warn each other quickly when they discover disinformation that threatens human life or disrupts elections. The emphasis of the ‘early warning system’ will be on moving quickly and collectively to undermine disinformation before it can take hold.
The summit also agreed to work towards a joint online media education campaign, and also to co-operate on election-related information such as explaining how and where to vote.
“Disinformation and so-called fake news is a threat to us all. At its worst, it can present a serious threat to democracy and even to people’s lives. This summit has shown a determination to take collective action to fight this problem and we have agreed some crucial steps towards this,” said Tony Hall, Director-General of the BBC and European Broadcasting Union (EBU) president.
The BBC’s partners who attended the summit were the EBU, Facebook, Financial Times, First Draft, Google, The Hindu, and the Wall Street Journal. Other partners were AFP, CBC/Radio-Canada, Microsoft, Reuters, the Reuters Institute for the Study of Journalism, and Twitter.

Tony Hall, Director-General of the BBC and EBU President, said: “Disinformation and so-called fake news is a threat to us all. At its worst, it can present a serious threat to democracy and even to people’s lives. This summit has shown a determination to take collective action to fight this problem and we have agreed some crucial steps towards this.”
The summit agreed to work collectively, where appropriate, to agree collaborative actions on various initiatives. The group will publish details of its commitments on these areas at a later date, following consultation. Initiatives include:
• Early Warning System: creating a system so organisations can alert each other rapidly when they discover disinformation which threatens human life or disrupts democracy during elections. The emphasis will be on moving quickly and collectively to undermine disinformation before it can take hold.
• Media Education: a joint online media education campaign to support and promote media education messages.
• Voter Information: co-operation on civic information around elections, so there is a common way to explain how and where to vote.
• Shared learning: particularly around high-profile elections.
Everyone involved is committed to ensuring the collaboration is a success. That means it must work in practice as well as in theory. To ensure the approach works and is fast and responsive, we will be conducting “fire drill” tests before we roll out the agreed actions.
According to a new survey of internet users globally, social media companies have emerged as the top source of user distrust on the Internet. Seventy-five per cent of those surveyed cited Facebook, Twitter and other social media platforms for their lack of trust. Facebook was the most commonly cited source of fake news.
Seventy-seven per cent of the users on the social media platform said they came across fake news on the website, followed by 62% in case of Twitter and 74% for other social media users. Nine per cent of users on Facebook said they closed their accounts in the past year as a result of fake news.
The survey says that in India, 14% closed their accounts in the past year on account of fake news. The findings were made public as part of the 2019 CIGI-Ipsos Global Survey on Internet Security and Trust.
It’s evident that despite Facebook’s efforts to curb the spread of misinformation, the perception among users of the platform in this context is not favourable. That said, measures such as disrupting economic incentives, building products to tackle the issue and helping users make informed decisions when they come across fake news have their own place.

But before blaming the company for the state of affairs, one must also consider the fact that it’s quite arguably the most popular social media platform in the world, and thus an easy target for those who wish to benefit from false propaganda or by swaying public opinion.
So, it is imperative that the user exercises discretion and does not accept at face value any news feed that may be contentious. In fact, the user can be proactive in fighting the menace. Cross-check and even flag it to the platform, if need be. Let’s care before we share.
A Pew Research Center study, released in July, found that most U.S. adults (63%) think that altered videos and images create a great deal of confusion about the facts of current events. Further, a majority (77%) are of the opinion that steps should be taken to restrict altered or made-up images and videos.
While doctored images are not new phenomena, the easy availability of fake image and video creation tools has made the work of journalists tougher.
The Pew study states, “U.S. adults blame political leaders and activists far more than journalists for the creation of made-up news intended to mislead the public. But they believe it is primarily the responsibility of journalists to fix the problem. And they think the issue will get worse in the foreseeable future.”
Here are five free tools that journalists can use to verify fake images and videos:
Google Reverse Image Search helps find images that are similar to the one being verified. This can help a journalist ascertain whether an image has been modified, or taken in a different context, which changes the story. Since Google is the leading search engine with a huge database, this is a good place to begin the investigation.
TinEye is similar to Google Reverse Image Search i.e., it searches the web for similar images. TinEye is constantly crawling the web and updating its image database regularly. It has indexed over 37 billion images to date.
It also has extensions for Firefox, Chrome, Safari, and Opera that allow users to search for any web image by simply right-clicking on images in a web browser.
It also has options to sort and filter search results. These features make it easier for users to compare the image they want to verify, with the ones that are returned in the search results.
That said, all these measures have no cure for one thing: an ill-motivated mind and one that is part of a collective.