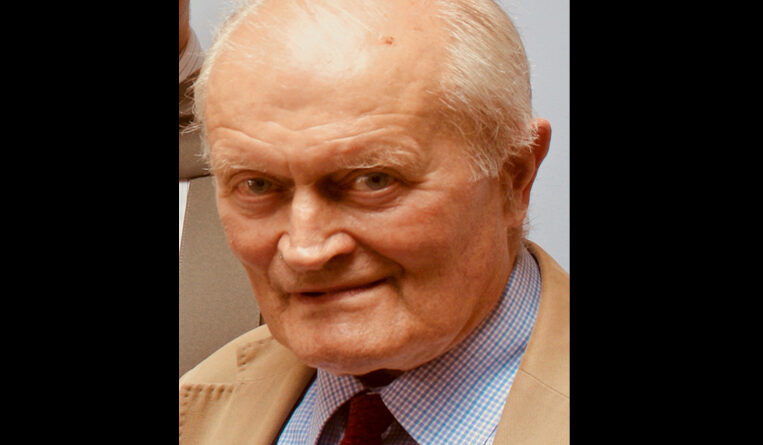 The British explorer, writer, scholar and anti-apartheid campaigner Guy Arnold has died in London. He was 87.

He was a prolific author and journalist, staunch supporter of the CJA,  and a highly respected figure in Commonwealth circles.

His last book Africa – A Modern History 1945-2015 is a mine of information and regarded by his literary peers in the Commonwealth as his masterpiece.

After graduating from Oxford in 1955, Guy Arnold travelled to the Usun Apau Plateau and the Plieran River in Sarawak, Borneo. He subsequently wrote a number of articles including ‘Economic Needs of Sarawak’ for New Commonwealth Magazine, ‘Music in Sarawak’ for the Times Educational Supplement, and ‘Prehistory of Usun Apau’ for the Sarawak Museum Journal.  These led to the writing of his first travel book ‘Longhouse and Jungle’.[3]

He later moved to Canada for five years, working as a teacher and academic,  before looking to Africa, where in 1964 he was made an adviser to Kenneth Kaunda and the United National Independence Party during the build-up to Independence that turned Northern Rhodesia into Zambia.

On leaving Zambia, he drove the 11,500 kilometres to home in the UK in a Land-Rover.

Later he was appointed head of the London-based Africa Bureau which supported various exiled African leaders and their organisations which went on  to free their countries from white rule in Rhodesia, the Portuguese colonies and eventually South Africa.

Over the course of his career, he wrote more than 50 books including travelogues and educational books for children.

He lectured and taught courses on international affairs for over thirty years, at the Workers’ Educational Association and the University of Surrey.