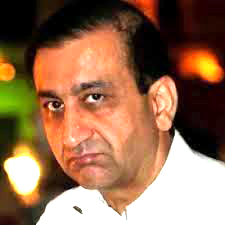 The CJA has called on the government of Pakistan to release the Jang Group Editor-in-Chief, Mir Shakil-ur- Rahman, who has been in detention since March 12. His arrest and detention by the National Accountability Bureau before substantive hearings have begun is contrary to the bureau’s established practice and is being widely seen as an attempt to intimidate the country’s largest independent media group.

In a statement, the CJA also deplores the parallel action by the country’s Electronic Media Regulatory Authority instructing all cable distributors in Pakistan to stop broadcasting Geo TV, the popular Urdu channel owned by the Jang Group, or switch its broadcasts to a different, less accessible channel.

The statement goes on:  “In another clear indication of the Government’s pressurising of independent media, the Jang Group and the Dawn Media Group, owner of the leading English-language Dawn newspaper, have been suffering since January from a government decision to withdraw advertising as a sanction for their independent critical reporting on government policy and actions.

“The CJA deplores these systematic attempts to penalise two of the leading independent media companies in Pakistan. We call on the government to honour the commitments it made in the Commonwealth Charter, to uphold freedom of expression and a free media, which is protected by law in its freedom to report and comment on public affairs. The CJA urges Prime Minister Imran Khan, as the country’s democratically elected leader, to lift the present curbs on independent media and to establish an environment where the media can work without fear or arbitrary official reprisals and can play its proper part in the democratic government of Pakistan.”