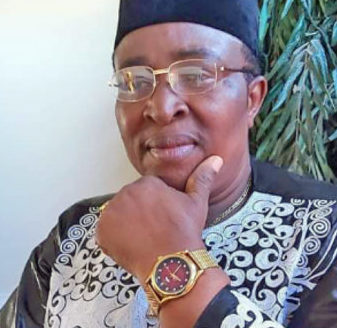 Features
admin 0 Comments Ingram
One of the leading campaigners for media rights in west Africa, Chief Foanyi Nkemayang Paul, has died in hospital in Limbe, Cameroon. He was publisher of The Star newspaper, which he founded in 1991, CJA-Cameroon President and CJA Vice President for Africa.
Known as one of the pillars of journalism in Anglophone Cameroon, the Chief was a founding member of the Cameroon Association of English Speaking Journalists, and a founding member of the National Communication Council. He was also technical adviser to the Cameroon Anglophone Newspaper Publishers Association, and a traditional dignitary in his native Lebialem.

“A good journalist must be somebody who is courageous, one who speaks the truth without blinking, and one who writes without blemish.”

It was his advocacy of a free press and journalists’ rights for which Chief Foanyi will probably be most remembered. He was detained several times by the authorities but never prosecuted. He was prominent most recently in the campaign for justice for fellow Cameroonian journalist Samuel Wazizi, who died in suspicious circumstances while being detained by the military. See video coverage of Chief Foanyi speaking about the journalist’s death: https://www.youtube.com/watch?v=vSCW5vP86j0&app=desktop
Mr Wazizi had been accused of speaking critically on air about the authorities and their handling of the crisis in Cameroon’s English-speaking regions, where clashes between soldiers and separatists calling for independence or more autonomy have left many dead.  Many more thousands of people have been displaced.
Journalists in Cameroon say there had been concern for Chief Foanyi’s safety because of his outspoken support for Mr Wazizi.
The President of the CJA, Mahendra Ved, has paid tribute to Chief Foanyi, saying he worked relentlessly for media colleagues and institutions. “I remember Chief Foanyi as a star attraction at the London Conference of 2016 when he would dress differently in traditional African attire each day, make his points vigorously and yet have a hearty laugh while interacting with others.  He shall be sorely missed,” said Mr Ved.
Chief Foanyi was aged 61. Family sources are reported as saying he suffered a diabetic coma.  He is survived by his wife and four children.