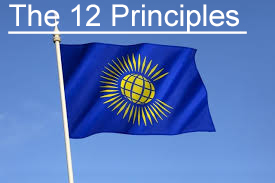 The central role of the media in society is under scrutiny as never before, from coverage of politics to pandemics. In one of its most far-reaching campaigns ever, the CJA is fighting for a new code for freedom of expression and the role of media in good governance across the Commonwealth. VISHAL ARORA of StoriesAsia asked the co-chairs of the Commonwealth Working Group on Media and Good Governance, William Horsley and David Page, about the inspiration for their campaign.

We live in a world where governments are not viewed in light of how they govern, but based on the political party at helm and the ideology it holds. Similarly, we consume media not so much to access factual information or honest analyses, as to reaffirm our existing ideological leanings.
This is reflected in the mudslinging and flattery we do, or are exposed to, on social media. Due to this mishmash, which is also found on news media, we often drift away from reference points in forming our opinions. In India, for example, public discourse on politics is centred on whether the Hindu right is constructive or destructive for the “country,” and not on whether the quality of life has improved for Indians.
Both governments and media claim, and are expected and obliged, to serve us, the people, but we hardly assess the two institutions based on this fact. Our governments and media would have been far less divisive and much more constructive had we done that.
International covenants, charters and declarations – though not entirely free from political interests, and toothless as far as international accountability is concerned – can serve as reference points by us, the people, to identify, acknowledge and possibly hold to account wrongdoings by those in public office or service. For, they generally uphold universally held values – for example, peace, civil and political rights, and human dignity – and are above the domestic politics of a country.

With this at the back of my mind, I interviewed David Page and William Horsley, co-chairs of the Commonwealth Working Group on Media and Good Governance, about a project for the development of a code on media and governance they have been closely associated with.
Although India, Pakistan, Bangladesh, Sri Lanka, Malaysia and Singapore – Myanmar did not join the association – are part of the Commonwealth in the South and Southeast Asia regions, our affinity due to our common British past is only reflected in our use of the English language – in our own way – as our second language. Otherwise, the term “Commonwealth” comes to our minds only when the Commonwealth Games event is held.
This is why few may have heard about the “Commonwealth Principles on Freedom of Expression and the Role of the Media in Good Governance,” the project that Page and Horsley have been part of.

“The accusation of fake news is often a way of turning the spotlight on the journalist when the news is not to someone’s liking.”

Unveiled in 2018, the Principles are drawn from existing Commonwealth commitments in the Commonwealth Charter and other declarations, for the role of media in good governance. The need for the Principles was felt because “journalists and media workers in Commonwealth countries, as elsewhere, have suffered a marked increase in the number of threats and violent assaults, including murders, as well as arrests and imprisonment in the course of their work.”

They provide “a set of clear guidelines, reflecting relevant legal and ethical considerations, for the role of the media in strengthening democracy and good governance and in contributing to the creation of open, equal, fair, inclusive and prosperous societies.”In due course, the groups behind the Principles – including the Commonwealth Journalists Association and the Institute of Commonwealth Studies – hope the document will be adopted by the Commonwealth as a “manual of good practice” in matters related to the role and status of the media in a way which complements the Commonwealth (Latimer House) Principles.Here are the questions I asked, and the answers I got, from Page and Horsley:

During this unprecedented time of the coronavirus pandemic, what difference would these Principles have potentially made in Commonwealth countries? Or, does this pandemic highlight the need for these codes? The response of some Commonwealth countries to the Covid-19 pandemic has emphasised the need for these Principles. In too many countries, governments have adopted sweeping emergency laws which have armed them with new powers to impose penalties and even imprisonment on those they accuse of spreading fake news or undermining the government’s policies. The Principles make it clear that such restrictions should be prescribed by law, and necessary and proportionate in pursuit of a legitimate aim. Unfortunately, much new legislation does not honour these limitations but puts new powers into the hands of government for longer periods and without the necessary oversight by the courts, parliaments and the media.

Fake news is a reality, and there’s a fair amount of consensus among people and States that this phenomenon – though not new – needs to be curbed. But in many countries, the freedom of expression is being restricted in the name of fighting fake news. What’s there in the Principles to deal with this? Fake news is certainly not a new phenomenon, though the term has acquired greater currency under the present American administration and with the massive use of disinformation by other state actors.  The accusation of fake news is often a way of turning the spotlight on the journalist when the news is not to someone’s liking. Unfortunately, the cumulative effect of such accusations can threaten to undermine the credibility and the essential role of independent media in holding politicians to account. That presents a serious danger to democracy.

The idea that the freedom of an individual can be sacrificed for the sake of the collective wellbeing of people in a society or an institution or a nation is prevalent around Asia as well as in Muslim-majority nations. In other words, should a State seek to protect a religion or an ideology at the expense of the freedom of an individual? That seems to be at the heart of the debate for and against explicit and implicit blasphemy laws, for example. What would you like to say to such countries? It is an essential element of democracy that all citizens are equal before the law, though in practice some governments deliberately privilege majority communities, their cultures and religions, and discriminate against minorities.  The great majority of Commonwealth member states have ratified the International Covenant on Civil and Political Rights, whose Article 19 is the gold standard for protecting free expression and media freedom.
There is no direct enforcement mechanism but the UN system strives for compliance by means of  various forms of oversight including the work of the UN Human Rights Committee and the robust peer review system of the Universal Periodic Review which is carried out at the UN in Geneva. Rulings by the European Court of Human Rights and similar treaty-based courts for Africa and the Americas have established important legal standards to protect journalists’ right to report in the public interest. Those mechanisms are constantly challenging arbitrary national laws and practices in countries around the world. Blasphemy laws, such as those currently in force in Pakistan, are notoriously open to abuse and have been subject to much international and domestic criticism.
The Principles do not address the laws in specific countries but urge all Commonwealth governments to uphold freedom of expression, which underpins respect for equality before the law and the human rights of all.

Is there a country that has a good, fair, justifiable Official Secrets Act or other such laws that affect journalists – an example that other countries could be encouraged to follow? Official Secrets Acts still exist in a number of Commonwealth countries, including the U.K., India, Pakistan, Bangladesh, Singapore and Malaysia. However, in many countries they have been modified over time, as other legislation such as laws providing public access to government information and safeguarding the rights of whistle-blowers have limited what was previously virtually unquestionable government discretion in determining what should be kept secret.
A new Official Secrets Act was introduced in 1989 in the U.K. which liberalised some of the earlier restrictions on freedom of expression, but many restrictions still exist and are subject to calls for further reform.
Scandinavia may be one region to look to for new ideas. Sweden introduced a new law dealing with access to information and secrecy in 2009 which seeks to balance these priorities in a way that is transparent and subject to arbitration.  The law says that what can legitimately treated as secret must be determined by parliament and not by the executive alone.

When you say “media,” do you have any definition in mind as to what qualifies as “journalism” and what doesn’t – given that most media organisations, especially newer ones, do not feel they need to register themselves with a regulatory or other government agencies? So how would we know who should abide by or is protected under these principles? It is now widely accepted that the function of journalism is exercised not only by full-time professional journalists but by bloggers, social media producers and others who perform a “watchdog” function in the public interest. They should all enjoy enhanced protections in international law provided they act in good faith to uphold the ethics of journalism. The U.K. National Union of Journalists’ website has a definition of what that means, especially in terms of accuracy and integrity.

Is there any incentive for a country to adopt the principles? Or, how would you encourage a State to adopt these principles? There is really no reason why Commonwealth member states they should not recognise the validity of the Principles. All countries of the Commonwealth have already committed themselves to the essentials of the Commonwealth Media Principles which were compiled and approved by six broad-based Commonwealth Organisations.  The Commonwealth Charter, which all member states have signed, upholds democracy, the rule of law, freedom of expression, the separation of powers, the independence of the judiciary and human rights in all Commonwealth countries. All states have also accepted an impressive series of UN resolutions on the safety of journalists and the issue of impunity. The value of the Media Principles is that they draw together these existing commitments made as Commonwealth member states and as members of the United Nations. They codify those commitments and provide a clear checklist for the role of the media in democratic government.