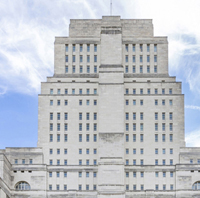 The University of London has confirmed the membership of a Committee to conduct an inquiry into the future of Commonwealth Studies at the University.

The creation of the Committee, to be chaired by Sir Malcolm Rifkind, the former UK Foreign Secretary, was announced following consultation about the future of the Institute of Commonwealth Studies at the University’s School of Advanced Study.

I am delighted that we have a Committee that could not be more experienced and committed to the welfare of the Commonwealth. We look forward to providing the University of London with our conclusions and recommendations on the future of Commonwealth Studies at the University.

Announcing the establishment of a Committee in December, Professor Wendy Thomson, Vice-Chancellor of the University of London said:

Over the last two months we’ve met with a range of stakeholders with Commonwealth affiliations who have shown a renewed interest in the future of the Institute and a commitment to supporting the study of the modern Commonwealth at the University. Sir Malcolm and the Committee will be able to explore a range of new and exciting partnerships.

The Committee will have three key objectives – to consider future provision at the University of London for Commonwealth Studies, to recommend partnerships to support scholarship, and to identify sources of sustainable funding beyond the University and short-term research grants.

The Committee will invite submissions from interested organisations and individuals. These can be submitted directly to the Committee via its secretary, Dr Conor Wyer: conor.wyer@sas.ac.uk. The Committee hopes to conclude its work by the end of June of this year.

When the planned closure of the ICWS was announced last year, the CJA announced its strong opposition to the mood in this statement:

The Commonwealth Journalists Association deplores the planned closure of the Institute of Commonwealth Studies at the University of London.

We share the values of the Institute in its promotion of civic society organisations, academic excellence, free speech and democratic development in Commonwealth countries.  A free media is at the core of those values, and the CJA has been proud to collaborate with the Institute in providing the public space for discussion in seminars and conferences.

The Institute has gained much international respect over decades with its  contribution to nation-building throughout the Commonwealth, and we believe the silencing of its voice can only diminish the task of international development.

This threat to the Institute comes at a time when international understanding and co-operation is needed more than ever, not least in the UK where the country seeks new partners after leaving the European Union. We strongly urge the University of London to reconsider its decision to end a most distinguished and fruitful relationship.

See here details of some of the work done by the ICWS in the cause of media freedom: