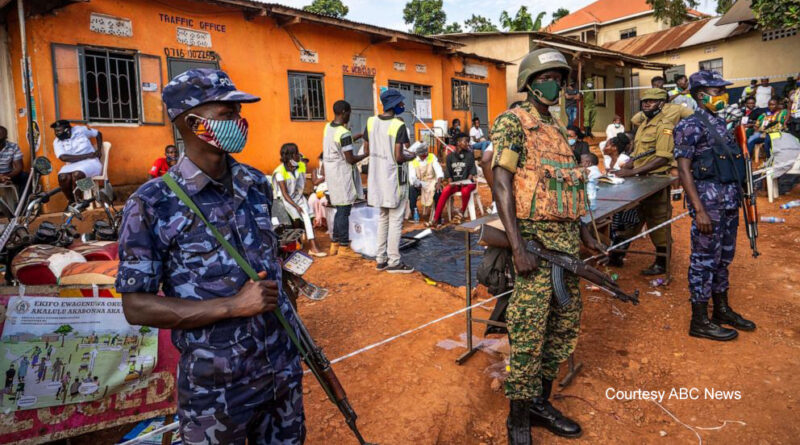 A personal view of the general election in Uganda, where the tradition of the long-serving leader holding on to power has been repeated with Yoweri Museveni’s disputed victory, by SYED BADRUL AHSAN.

A prime reason why Nelson Mandela is venerated worldwide is his dedication to democratic principles. He spent 27 years in prison and then liberated South Africa from the pernicious political system that was apartheid. He will be remembered in history for these roles he played in a reshaping of the global order. And he will be remembered for something else: he served a single term as President of South Africa before calling it a day. He could have stayed on, could have manipulated the rules and the laws to hang on to power. He did not do that, for it was always the future of his Rainbow Nation which mattered to him.

Not every African politician has followed in Mandela’s footsteps. Observe politics as it has been shaping up, or mutating, in Uganda. President Yoweri Museveni, despite being in power for close to four decades (he has been there since 1986), simply wants more of it. Through repression and chicanery, he has won a sixth term as his country’s leader. The Ugandan military and police have done everything to ensure that his opponent has no chance of winning against him, for the cards have always been stacked against Bobi Wine. The former pop star has for the past few years been harassed, beaten and regularly carted off to prison. And yet it is the courage of the man in challenging an entrenched leader that is to be admired, though that does little to convince Museveni to go into retirement.

African history in our times has been pretty disconcerting, politically speaking, given especially the fact that men who have played commendable roles in leading their nations into the light have then refused to move on, to make way for newer generations of leaders. Zimbabwe’s Robert Mugabe was a scholar, fond of reading and certainly was an influential guerrilla leader who navigated his people to freedom in 1980 out of the darkness of the white supremacist rule of Ian Smith’s Rhodesia. Mugabe could have been in the mould of Mandela. Unfortunately, his visceral dislike of Mandela was profound, for after Mandela walked out of prison in 1990, the South African upstaged the Zimbabwean. Mugabe went on to commandeer the state for decades until he was forced out a few years ago and then died. He missed his chance to come by a respectable place in history.

When leaders do not envision a good future for their nations, when they begin to be convinced of their own indispensability, they only leave behind them — and most of them leave in sad circumstances — a wasteland. Uganda’s independence leader Milton Obote had two spells in power, both of which were marked by incompetence and corruption. Idi Amin, who overthrew him in the early 1970s, ended up being a joker, and a vicious one at that. There have been other illustrious figures in Africa, Zambia’s Kenneth Kaunda for instance. And yet Kaunda failed to pass the test of enlightened leadership when he chose to carry on without any thoughts to the development of a leadership that would take over from him. When elections were finally held in 1991, Kaunda lost to a relatively unknown pastor named Frederick Chiluba.

Issaias Afwerki played a glorious role in leading the Eritrean struggle for freedom from Ethiopia for decades until Eritrea achieved liberation in 1993. A much-admired Afwerki took over as President of Eritrea. He and his ministers impressed the world through their humble, grassroots attitude to governance, cycling to their offices every day in attire that was a reflection of the lives of their people. But over the years that has changed. Afwerki remains President and has shown little appetite for democracy or any desire to create a leadership that will take over from him. His repressive policies have thrown up a situation where the media remain stymied by government control and where no opposition can be mounted against him. Afwerki is one more instance of a liberation leader in Africa grown fond of power, enough to hang on to it. The future for Eritrea, if and when Afwerki departs from the scene, will likely be messy.

Much the same could be said about Rwanda, where President Paul Kagame has ruled unchallenged since the mid-1990s. Kagame will of course be credited in history for his decisive action in putting an end to the bloodletting that saw 800,000 Rwandan Tutsis lose their lives at the hands of the country’s Hutus in 1994. He has presided over a return to civilized order and has often been feted on a global scale for his policies of reconstruction in Rwanda. But Kagame has shown precious few signs of doing a Mandela. His grip on the country remains firm, with little tolerance for opposition. His government has emasculated the media, to a point where the press is as good as absent, unless of course it shows itself pliant in carrying out the wishes of the regime.

One could argue that post-colonial Africa remains, in large measure, trapped in tribalism. That is true, for tribalism has been part of the continent’s heritage. But when today’s political leaders refuse to make way for successors, it is a deviation from the tribal tradition. Tribal leaders have traditionally been compassionate, have responded to the concerns of their communities, have worked through consensus. The men who today hold power and are in little mood to hand it over to a new generation of leaders have undermined both the principles of tribalism and the concept of modern democracy.

Yoweri Museveni illustrates the predicament. But look to South Africa again, where the pluralist system inaugurated by Nelson Mandela remains in place. His successors have governed in democratic manner and have taken the road to twilight when their terms in office came to an end or when they were compelled to leave on charges of corruption. Think of Thabo Mbeki and Jacob Zuma.

And in Ethiopia, Abiy Ahmed offers hope. He governs a country that was once trapped in the unfettered monarchy of Haile Selassie, followed by the brutal military rule of Mengistu Haile Mariam.