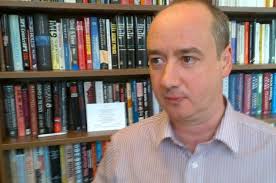 By PHILIP MURPHY, pictured, Director of the Institute of Commonwealth Studies and Professor of British and Commonwealth History, School of Advanced Study

The Commonwealth, an association of 54 countries in Africa, Asia, the Americas, Europe and the Pacific, has always been a rather mysterious organisation. It evolved gradually over the course of the 20th Century, making it difficult to pinpoint a precise starting date.

And perhaps the biggest mystery of all is why a group of nations that struggled to win their independence from the UK should have chosen to reconstitute themselves in an organisation that closely resembles the shape of the former British Empire.

Yet choose they did. In part, at least, because so many of their leaders were formed by that imperial culture. The trend was set by India’s independence leader, Jawaharlal Nehru, who studied at Harrow Public School and Cambridge University, and his counterpart in Pakistan, Muhammad Ali Jinnah, who was trained as a barrister at Lincoln’s Inn in London.

Africa’s first generation of leaders might not have all enjoyed quite the same degree of educational privilege. But many felt an affinity with the UK.

In 2021, those sorts of sentimental links to the UK are inevitably less pronounced. So what continues to bind Anglophone Africa (as well as Mozambique and Rwanda) to the Commonwealth?

The simple answer is self-interest. The Commonwealth amplifies the voice of African nations, providing it with an additional means of lobbying major donors and diplomatic players like the UK, India and Canada. It also provides a potential framework for resolving disputes between African members.

In the words of former Ugandan Foreign Minister Martin Aliker, when he spoke to the Institute of Commonwealth Studies Commonwealth Oral History Project in 2015,

…the beauty of the Commonwealth is that its member states feel that they can approach each other [when serious tensions arise between them].

The decision ushered in a shift in its centre of gravity from the ‘developed’ to the ‘developing’ world.

This in turn helped convince Kwame Nkrumah in the run up to Ghana’s independence in 1957 that his own radical, Pan-Africanist agenda was wholly compatible with Commonwealth membership. Ghana became a member not because Britain wanted it to, but because Nkrumah wanted it.

Thereafter, the struggle to free Southern Africa from white minority rule – in Rhodesia which illegally declared its independence in 1965, and South Africa under the policy of apartheid – became the issue that gave the Commonwealth a sense of mission and purpose.

An organisational milestone came in 1965 when a secretariat was created at the urging of Nkrumah and Ugandan leader, Milton Obote. Zimbabwe joined the Commonwealth in 1980 after gaining independence in what appeared to be a major victory for the Commonwealth.

The organisation had played a major role in ensuring an orderly transfer of power. Although by the same token, Zimbabwe’s departure from the Commonwealth in 2003 seemed to many to be a failure of Commonwealth diplomacy.

When Lusophone Mozambique joined in 1995, the door was opened to other states that had not been colonised by the British. With its joining shared values apparently became more of a uniting factor than a shared history.

Rwanda joined in 2009. It is the only other current member not to have links to the British Empire. In short, the development of the Commonwealth has owed at least as much to African as to British diplomacy.

Is it still relevant?

The Commonwealth as currently constituted is not a particularly effective organisation. Membership carries few economic benefits, unless one believes the rather flimsy research from the Secretariat pointing to a Commonwealth trade advantage. The lack of consistent comparative data on trade costs, and the wide variations in the extent to which Commonwealth countries trade with fellow members, make it very difficult to prove the existence of this ‘advantage’.

It had been suggested that Brexit would deepen economic ties with Commonwealth members in Africa. But a recent trade summit between the UK and African countries produced very little.

This, plus the pandemic, has taken the shine off some earlier predictions of a boom in UK-African trade.

Meanwhile, the secretariat itself and its development arm have seen their budgets slashed in recent years. Donors have withdrawn or withheld funding in some very public displays of no-confidence in the leadership of the current secretary general, Patricia Scotland.

Finally, its record in enforcing adherence to shared Commonwealth values, particularly in the field of human rights and democracy, is far from impressive.

In 2013, the organisation adopted a charter full of laudable aspirations about justice, democracy and human rights. As such, membership signals to the broader international community that countries share those aspirations.

Yet the Commonwealth took no action when in January 2021, long-serving Ugandan President Yoweri Museveni clung to power after a deeply-flawed electoral process.

Other repressive regimes have found the Commonwealth a useful mechanism for ‘reputation laundering’. In 2013, President Mahinda Rajapaksa of Sri Lanka hosted the Commonwealth summit. At the time, his government stood accused of presiding over war crimes in the country’s bloody civil war. In hosting the heads of government meeting, he clearly hoped that the Commonwealth’s benign image would distract attention from the accusations.

Paul Kagame of Rwanda seems to be hoping for a similar boost to his reputation when he hosts the heads of government meeting in June. This is despite repeated signs that he is intolerant of opposition.

A Commonwealth for the 21st Century

It’s important to remember that despite its Imperial origins, the Commonwealth also has a strong radical tradition. In the 1960s and ‘70s it played a leading role in condemning racial discrimination, most notably with its landmark Singapore Declaration of Commonwealth Principles in 1971.

In the 1980s and ’90s it campaigned for debt relief for some of the world’s poorest nations.

In recent times, campaigners have used these networks to raise awareness around climate change, LGBTQ+ rights, and other global issues. They have often challenged the policies of their own governments.

Online technology offers fresh opportunities to reinvigorate these networks by connecting grassroots activists around the world, and in the process reconnecting the Commonwealth to its radical past.

If it is to continue to be relevant to Africa in the 21st Century, that radicalism certainly needs to be rediscovered.