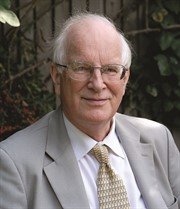 The CJA’s painstaking efforts to gain acceptance of its Twelve Principles on media freedom are making progress with Commonwealth governments, the CJA International Conference in March was told by one of the main advocates of the campaign, David Page, pictured.

The conference was held online, from Delhi.

“It’s possible that within the next few months these Principles will be adopted by the Commonwealth and will sit alongside Latimer House Principles (the set of guidelines intended to ensure effective governance and democracy) and provide journalists in Commonwealth countries with a clear set of guidelines on all sorts of issues on expression of opinion, right to information, relations with the judiciary, between media and parliaments and the safety of journalists,” he said.

The cautious optimism arises from recent meetings between Principles lobbyists and law ministry officials from Several Commonwealth countries where a consensus was achieved on what could be put to the Secretariat where it could be developed before being finally approved by law ministers and governments.

“We hope that journalists all over the Commonwealth will be able to use this as a set of guidelines in their struggles to support the media in their own countries. It’s most important that civil society is armed with a set of principles,” Mr Page told the conference.

The drive for a set of media freedom principles was born at the previous CJA conference in London in 2016. A committee set out to build on existing commitments on the safety of journalists made contact with lawyers, parliamentarians and human rights advocates, with the aim of establishing a code of conduct.

“One of the most significant civil society initiatives by Commonwealth countries in the last few years.”

“We are pleased to hear from lawyers that the Principles have a value in themselves, and can be quoted in legal cases around the Commonwealth, but our aim is to try to persuade Commonwealth governments to adopt them. We’ve looked at media in the context of governance, because it’s no good having freedom of expression if you don’t have a judiciary which will uphold those rights.

“The Secretariat is always looking to member states for direction. There’s lots of talk of civil society as a pillar of the Commonwealth, but fundamentally the Secretariat needs to have a mandate to push this kind of agenda.”

Another campaigner for the Media Freedom Principles, William Horsley, said it was scandalous that the Commonwealth had been silent on the killing of journalists and the crumbling of press freedom in some states.

“Member states themselves are undermining the media, even calling them the enemy,” he said.

“This issue of press freedom, linked to acceptable government and justice for all is now built in to the UN system at international and regional level through sustainable development goals and the international covenant on civil and political rights based on the same idea as ours – media in good governance.”