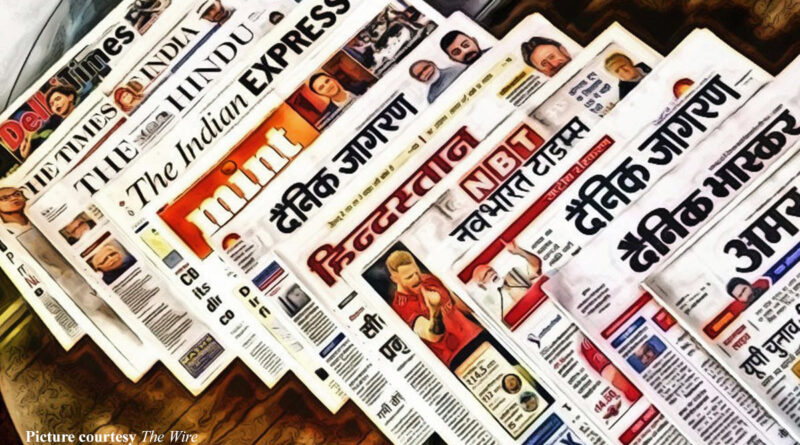 Gag orders are expected to ensure a fair trial in high profile legal cases if the judge feels that the media narrative is pushing public opinion in favour of one party. But a gag order by the Executive is harder to justify.

The government has threatened to withhold pensions of officers retiring from its security and intelligence agencies, if they write in the media relying on their “domain” knowledge without seeking prior permission. Earlier, the Official Secrets Act was seen as adequate deterrent against ‘errant’ officials. However, not all public discussion of its security gaffes and operational failures falls within the purview of the Act.

The new rules will apply to ex-security and intelligence officers who served in any of the 25 organisations listed in the Second Schedule of the Right to Information Act 2005. They include all intelligence agencies, paramilitary forces, investigative agencies (including Income Tax and Financial), Special Protection Group, Defence Research and Development Organisation, Border Roads Development Board, Strategic Forces Command (i.e. nuclear command) and the National Security Council Secretariat.

Retired generals, policemen and Foreign Service officers have an overwhelming presence on opinion pages of newspapers and TV news shows with media platforms virtually outsourcing commentary on strategic and foreign policy issues to them. Usually this suits the government because their perspective is predominantly statist and helps to marginalise contrary opinions. Nevertheless, the initiation now of a roomier and more encyclopaedic measure than the Official Secrets Act suggests that the government could equally feel threatened by the statements of top-ranking civil servants. Critique made by them of its security and foreign policy is bound to be well-informed and credible.

Several retired officials who served in conflict zones (e.g. Jammu and Kashmir, Naxalite-affected areas and in the North-eastern states) have questioned government policies. Lately, they have suggested that the acclaimed “surgical strikes” into Pakistan-held territory were not so unique and occurred in the past as well. Claims of Indian victory in Doklam, Bhutan, have been challenged by evidence that the Chinese today occupy the entire plateau. The much-touted number of enemy fatalities in the Balakot airstrikes are said to be unverifiable and the government has been criticised for not carrying out a transparent investigation of the Pulwama terrorist attack. Criticism has also been made for packaging Chinese withdrawal in the Pangong Tso area as an achievement while hostile incursions in Depsang and Gogra remain unresolved. These criticisms drawn from “domain knowledge” have undeniably embarrassed the government.

Retirees from Research and Analysis Wing (RAW) and Intelligence Bureau (IB) have also stirred a healthy public debate through publications in the media that tread the thin line between what might be considered admissible in the public sphere and what is a violation of the Official Secrets Act. Notable among them are V K Singh’s “India’s External Intelligence: Secrets of Research and Analysis Wing RAW”, R K Yadav’s “Mission RAW”, B Raman’s “Kaoboys of RAW: Down Memory Lane”, A S Dulat’s “Kashmir: The Vajpayee years”, and late IB officer, Maloy Krishna Dhar’s “Open Secrets: India’s Intelligence Unveiled”.

Former spies have sometimes written fictionalised accounts of controversial events to avoid apprehension under the OSA. They include M K Dhar’s “Mission Pakistan” about Indian agent, Ravinder Kaushik aka Major Nabi Ahmad Shakir, who became a commissioned officer in the law branch of the Pakistan Army. Most copies of Dhar’s book mysteriously disappeared from the market forcing him to re-publish it in the USA. Another RAW officer, Amar Bhushan, penned “ Escape to Nowhere”, a ‘fictional’ account of the daring escape of Rabindra Singh, a long time CIA mole in RAW, under his watch.

Across the border, former Chief of ISI (Inter-Services Intelligence) Lt. General (Retired) Asad Durrani recently criticised the Pakistani military establishment in a thinly disguised novel “Honour among Spies”. His pension was briefly stopped (and subsequently restored) after he co-authored a book with A S Dulat “The Spy Chronicles: RAW, ISI and the Illusion of Peace”.

Such informed writing by retired intelligence officers fuels a healthy critical discussion of the government’s policies nationally and internationally. However the wider remit of the new rules could include even higher officials, such as former heads of the National Security Council Secretariat.

A recently published defence of the Modi government’s foreign policy signed by several former ambassadors suggests that the powers-that-be are seriously discomfited by unnamed “experts” critical of its policies. The ambassadors’ rebuttal is directed against the views expressed by “those who were at the helm of our foreign policy and security policies in the past.” Two retired civil servants who fit this description are former National Security Advisors M K Narayanan and Shivshankar Menon.

Narayanan writes regularly in ‘The Hindu’ while Menon is a prolific columnist and has authored several books. The article by former ambassadors takes on Menon’s latest book and publicity interviews around its release. Both former NSAs have critiqued India’s strategic and foreign policy choices. Perhaps it was the gravitas they bring from their extensive “domain knowledge” that they had to be countered by the weight of 33 ex-diplomats.

It is not clear whether the government thought through the modalities of implementing the new rules. Does the government expect M K Narayanan, retired from the IB to seek permission from the Director of Intelligence Bureau or Menon, who retired from the Foreign Office (not covered by Second Schedule of the RTI Act), to take clearance from the incumbent Foreign Secretary? Maybe they are expected to secure permission before writing from the incumbent NSA, as head of the National Security Council Secretariat?

Nevertheless the government’s wide-ranging gag order will stifle potential critics. It may not be able to do much against the likes of Narayanan or Menon, but it will dissuade lesser officials. The author is reminded of a story recounted by the headmaster of his school. The mother of a newly admitted boy pleaded with him: “If he does something wrong, please don’t hit my son. He is a sensitive boy. Slap the boy sitting next to him and he will understand.” It remains to be seen who will be slapped to caution greater worthies.

This article first appeared in the Business Standard newspaper.