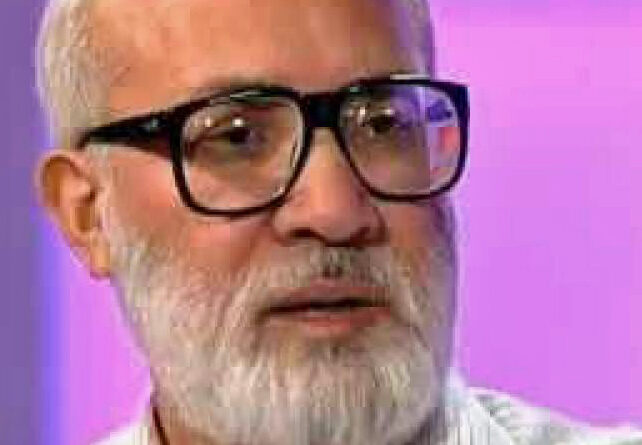 Rahimullah Yusufzai, pictured, one of Pakistan’s best-known, and highly respected journalists, has passed away after losing a prolonged fight against cancer.

I came across some of his writings during my information-gathering exercises for my book during tours of Central Asian Republics abutting Afghanistan. They hosted several Afghans – soldiers, academics and politicos among them. They also included traders and businessmen part of, or close to, the first Taliban regime (1996-2001). Many of them referred to Yusufzai and his writings. That he interviewed Osama bin Laden later and was perhaps the only one to meet Mullah Umar, the reclusive Taliban supreme leader, created a halo around him and his writings.

During and after 9/11 and with the US-led invasion that removed the Taliban from power, Yusufzai’s writings and views were followed. Given the restrictions on an Indian scribe, and India-Pakistan relations, it is never easy to meet a Pakistani journalist, unless you are at some seminar/conference in a third country. I was not lucky. However, in my long years of following developments in Afghanistan, I cannot think of another Pakistani journalist-scholar on the subject who is read and respected in India as well. Several Indian scribes and scholars have paid homage to him. I think it significant since the Indian media and academic community, by and large though certainly not entirely, rely on Western sources.

This is partly because of the facility of the English language and the rest, because the Western line was, and remains, critical of Pakistan’s quest for “strategic depth” by seeking to install a ‘friendly’ government in Kabul.

Poignantly, Yusufzai Sahab passed away on September 9, precisely two decades after 9/11. It comes amidst tumultuous changes in Afghanistan where people seem destined to live in medieval times and misery, without the luxury to decide whether they are ‘free’ or ‘abandoned.’ The Taliban he talked to and wrote about have returned. The US-led military have quit a war they triggered in response to 9/11, but also to play the global policemen. They did not know how and when to withdraw.

None, perhaps, has read about Abhimanyu, the young, ill-fated warrior in Mahabharata, and the ‘Chakravyuha’, the military formation he could not break through. Yusufzai’s presence would be missed at this juncture, when the West is divided on the way it quit it, collectively shedding crocodile tears, unsure how to return to business-as-usual. The spectre of terrorism that brought them together, has only multiplied. A new chapter of the “Great Game” is unfolding. New power equations place China in the driver’s seat, accompanied on an uncertain journey by Russia, Pakistan, Iran and many others.

The level of their comfort they experience, individually and collectively, can only be speculated on. Yusufzai would have had something to say on the feeling of exultation in Pakistan. And about the Indians, ‘friendless’ yet again and out of the reckoning, as of now.