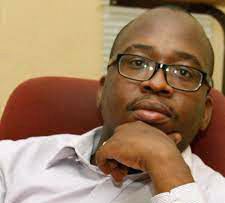 The Reuters Institute for the Study of Journalism has issued a new report on investigative journalism in Afrixca.

The growth of investigative journalism across Africa during the past ten years has led to reporting which has set the news agenda and highlighted issues often neglected by mainstream media.  In a new account of investigative journalism across the continent, Ntibinyane Ntibinyane, a 2018 Reuters Institute Journalist Fellow, looks at how it has developed in Africa, how it can become financially sustainable, and the impact it has had on news and politics.

Ntibinyane also discusses his own motivations for entering the profession. He writes: “When I finally entered the doors of a newsroom 15 years ago, I wanted to be the catalyst that spoke truth to power; to make a difference in people’s lives. I wanted to be a reporter who asked tough questions, who exposed the next ‘Watergate scandal’, a reporter who fearlessly confronted thieving and corrupt politicians, and forced them to resign in ignominy.”

The paper looks at several case studies of investigative journalism centres in South Africa and Nigeria, as well as Ntibinyane’s own, the INK Centre for Investigative Journalism in Botswana, which he launched with colleagues in 2015. Ntibinyane believes the centre has been able to expose “the darker and the hidden side” of a country often held up for its economic and political stability.