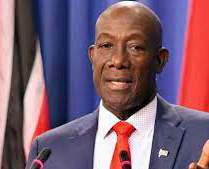 The Prime Minister of Trinidad and Tobago, Keith Rowley, has lamented the calibre of journalism in the country and other parts of the region.

He described the profession as being largely based on what he called “publish, beat down, ‘gotcha’ or simply ‘he say, she say,’ all largely, frequently, without context or recorded history.

“A listener, reader or viewer is not helped or educated through the democratic process when a journalist has a story that searches for a counterpoint. Full stop. That is it.”

Dr Rowley argued there must be context, a wider, deeper background within and to that story which helps the receiver.

He was delivering the keynote address at the opening of the 53rd general assembly of the Caribbean Broadcasting Union in Lowlands, Tobago.

The theme of the two-day event, held in collaboration with the UN Educational Scientific and Cultural Organisation, is Media and Information Literacy.

Mr Rowley said journalism today must go beyond “attempts to reach Mr and Mrs So and So for comment failed.”

He said regional journalists must see every story they write as reporting on the history and uniqueness of Caribbean condition.