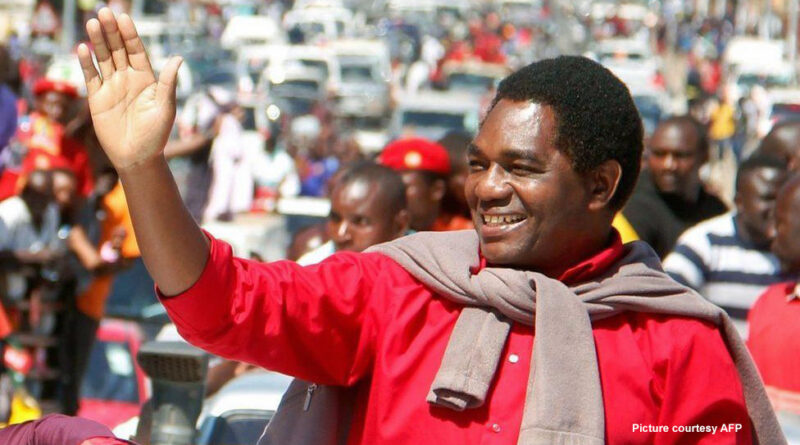 SYED BADRUL AHSAN  looks at how new leaderships can inspire, and sometimes disappoint …

Interesting things have lately been happening in Africa, not all of which can be regarded as encouraging. But, yes, Africa remains the continent of possibilities. One has to take a look at Zambia to convince oneself that the continent, in however tortuous a way, is slowly coming of age. The election of Hakainde Hichilema, pictured, as Zambia’s new president, through defeating an incumbent determined to hang on to power, is a remarkable achievement for Zambians on the whole. And for Hichilema, who earlier tried to win the presidency five times, his triumph this time was well-deserved and necessary.

Hichilema has begun well, informing the rest of the world that under him Zambia will be a place where its citizens will not only enjoy dignity but will have the opportunity to have that dignity based on the rule of law. For the new president, that new beginning has already been hinted at. Hichilema has pointed to the route he means to take in his exercise of power. Last week he travelled to New York for the UN General Assembly not with a huge delegation but with just two of his ministers. He did not appropriate a jetliner all to himself but made the journey to the United States on a commercial flight of Qatar Airways. One expects him to keep to the standards he is beginning to set for himself. One hopes power will not change him, will not have him follow in the footsteps of earlier African or Asian leaders who chose not to recall their promises to their people and fell on their own swords.

Disappointment has been there with Eritrea’s Issaias Afewerki, who after his long war with Ethiopia began well. He and his ministers wore simple clothes, had common sandals on their feet and used bicycles as their mode of transport. The expectation was that Afewerki and his fellow former liberation fighters would change Eritrea and then, once their job was done, hand over the country to a successor generation of rulers. That did not happen and what one has today is an authoritarian regime lording it over Eritrea under Afewerki. That has been the heartbreaking part of the story coming out of Asmara, as depressing as the manner in which Paul Kagame has been running the show in Rwanda. The recent judicial decision in Kigali to have Paul Rusesabagina, the inspiration behind the movie Hotel Rwanda, sentenced to twenty -five years in prison on questionable charges of terrorism are but the latest in the steps Kagame has taken in recent years to silence dissent. Once regarded as an agent of positive change, in the aftermath of the murder of 800,000-plus Tutsis and moderate Hutus in Rwanda in 1994, Kagame today has a suffocating grip on the country.

Positivism of the kind represented by Hichilema is rare in Africa in these times. Take a look at President Kais Saied in Tunisia. His power grab in July this year clearly shows little sign of relaxing, seeing that he has decided to rule by decree. Tunisians have protested on the streets, but that has so far done little to convince Saied to change course in a country where the Arab Spring originally took root. Saied is making the mistake that earlier leaders in Asia and Africa have made: he is overstaying his welcome, with the possibility being there of a chaotic, if not violent, change coming over the country if the president remains adamant that parliament does not matter, that consensual government does not matter. The lesson coming out of Guinea is important as well. A bunch of mid-ranking officers decided a few weeks ago to depose President Alpha Conde and install themselves as the new rulers of the country. The African regional grouping Ecowas was not amused and has been trying to push the coup makers into returning Guinea to civilian rule by releasing Conde, whom the soldiers have kept detained. The coup is a disgrace, of course. But so was the move by Conde to tweak the constitution and give himself a fresh term in office. He was not willing to go gently into the night.

Ambition in politics, when it begins to balloon into the unnatural, causes misery all around. Not long ago, Abdel Aziz Bouteflika, once president of Algeria, died from old age ailments. In his younger days, he was a dynamic foreign minister, at one point serving as president of UNGA. And then he rose to the presidency of his country and had little desire, when the time came for him to say goodbye to power, to leave office. His attempts to manipulate the constitution and stay on only brought him low in the eyes of his people. Algerians, loudly denouncing Bouteflika’s attempts to cling to power, made sure that he heard them. He was compelled to leave, in what obviously was disgrace. And in Ethiopia, the Nobel-winning Abiy Ahmed has been having a rough time handling his Tigray options. His army has beaten a retreat from Tigray, where the very Tigrayan politicians he sought to neutralize have returned in the fullness of fury. Images of starving people in Tigray have dented Abiy Ahmed’s image. Besides, he has been picking fights with Egypt and Sudan over Ethiopia’s Renaissance Dam across the Nile as a measure toward ensuring Addis Ababa’s progress. But the move has opened up new fissures in inter-state relations in the region, difficulties Ethiopia’s prime minister may not be able to tide over.

And yet Africa could well graduate into a beacon of optimism. President Cyril Ramaphosa upheld African self-esteem a few days ago when he condemned the neglect the continent has been pushed into over a supply of Covid vaccines. He was blunt and the lecture he gave the developed world was a necessary one: of the six billion vaccine doses administered around the globe, only two per cent has gone to Africa, whose population is 1.2 billion. That is the immorality of the situation the South African leader has pointed to — and with firmness. South Africa keeps expectations alive, its judiciary having taken action against former president Jacob Zuma over corruption.

The veteran Ramaphosa embodies hope. And now with Hichilema reshaping politics in Zambia, Africa could well go into geopolitically reinventing itself