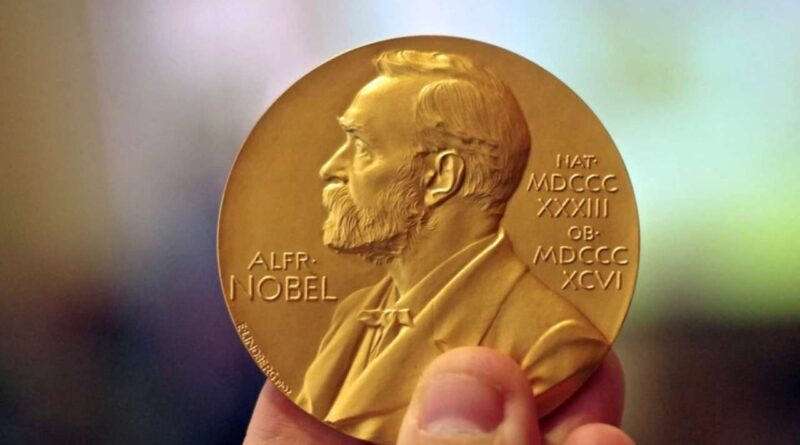 Yes it can, argues WILLIAM HORSLEY, CJA Executive Committee member and Media Freedom Representative of the Association of European Journalists.

The Norwegian Nobel Committee has awarded the Peace Prize to Dmitry Muratov, the editor
of Novaya Gazeta in Russia, and Maria Ressa, the co-founder and editor of the investigative
media outlet Rappler in the Philippines, in recognition of their “courageous fight“ for
freedom of expression.

It is more than a badge of honour and a much-needed monetary award of over one million
dollars to these Nobel laureates. By granting them this extraordinary honour the Nobel
Committee addresses the conscience of the world. It raises public awareness of the need for
urgent and effective actions to reverse what it calls the “adverse conditions” for democracy
and freedom of the press today.

Can the awards help the cause of independent journalism in practical ways? Yes they can, by
raising the political cost to repressive governments of targeting critical journalists to silence
dissent and conceal corruption and abuses of power. The Nobel Committee has spoken in the
name of the most powerful court in the world – the court of informed public opinion.
Autocratic governments should take heed.

Tragically, the bravest journalists too often become martyrs to the cause of press freedom as
victims of premeditated murders, like Anna Politkovskaya, Jamal Khashoggi, and Daphne
Caruana Galizia. The citation of the 2021 award to Dmitry Muratov and Maria Ressa makes
them “representatives of all journalists who stand up for this ideal” of freedom of expression.
This affirms the crucial role of independent and fact-based journalism in protecting societies
against abuse of power, lies and war propaganda. It sends a message to the world that
freedom of expression and freedom of information are necessary both to safeguard the lives
and work of journalists, and to ensure what the Nobel Committee calls “an informed public”.
Both are preconditions for democracy to survive and flourish.

The headline-making announcement from Oslo is also a warning about a much darker reality.
It is that much of the world is experiencing a “pandemic” of targeted violence coupled with
media capture. Media capture is the process seen increasingly in all parts of the world
whereby governments, and other powerful political and business interests, dominate, control
or directly own influential media, and seek to weaponise that control to intimidate,
criminalise and silence independent journalists and other sources of dissent.

Large numbers of journalists have been forced to flee their native countries or quit the
profession. Many more have bowed to the pressure – including threats and inducements — by
agreeing to work for media that self-censor their own reporting.

So here is another powerful message which should be heeded by the dozens of Russian
journalists who accepted fine medals from President Putin for aiding and abetting the military
annexation of Crimea; by the armies of trolls who take money from dictators to vilify and
threaten journalists like Maria Ressa; and by time-serving public officials, prosecutors and
judges whose complicity makes possible what UNESCO has identified as a pervasive
worldwide climate of impunity that protects those who attack and kill journalists.

They should all hang their heads in shame. More than that, systematic abuses of state power
and of the standards of international law must be vigorously countered and curtailed.
What next, then? To understand the dangers and obstacles facing Maria Ressa and Dmitry
Muratov in their fight for genuine freedom of expression is already to see the outlines of the
kind of actions that must be taken with renewed determination by civil society, media
organisations, the international legal community, and above all state authorities themselves.
Maria Ressa, known to many as the foremost campaigner against the murderous nature of the
Rodrigo Duterte regime’s anti-drug campaign, has been the target of so many cyber libel and
other spurious charges that she faced the prospect, if found guilty, of being condemned to jail
terms totalling almost 100 years.

At the same time, the worldwide #HoldTheLinecampaign – https://www.icfj.org/news/holdtheline-campaign-launched-support-maria-ressaand-independent-media-philippines – in support of Maria Ressa has succeeded in bringing the
gross injustices and vicious threats against her to widespread public attention This year two
of the libel cases against her were dropped. All the trumped-up charges must be withdrawn,
and senior figures who abused their positions to prosecute those cases should be investigated
and held to account.

Dmitry Muratov responded to the announcement of his award – https://www.reuters.com/world/europe/russian-editor-muratov-dedicates-nobel-prizestaff-murdered-their-work-2021-10-08/ – by saying it truly belonged to the six journalists and
contributors to Novaya Gazeta, including Anna Politkovskaya, who have been murdered
during his 28 years as the newspaper’s editor.

Three years ago the European Court of Human Rights ruled that Russia had failed to abide by
its obligations under the European Convention of Human Rights to carry out an effective
investigation into Anna Polikovskaya’s assassination in 2006. The Court noted that several
hitmen and accomplices had been convicted and sent to jail, but it found that the judicial
process was deeply flawed and state authorities had failed to identify the person or persons
who had commissioned the murder.

Anna Politkovskaya’s family had alleged the involvement of agents from Russia’s FSB
domestic secret service or the Chechen government. A hard-hitting report published last
year – https://www.ibanet.org/Investigations-report-launch-2020 – by the High Level Panel of
Legal Experts on Media Freedom reached the damning conclusion that across the world, in
cases where influential figures are suspected in connection with the killing of a journalist,
“powerful interests” regularly seek to block the investigation and judicial process every step
of the way.

That report, written by human rights lawyer Nadim Houry, urged the international
community to set up muscular new mechanisms, including a standing international
Investigative Task Force, to strengthen investigations into attacks on journalists, challenge
cultures of impunity wherever they take root, and so achieve accountability.
The Nobel Committee has now added its influential voice to the growing calls by United
Nations agencies – https://en.unesco.org/themes/safety-journalists – and others for decisive
actions to protect journalists and roll back what deserves to be called a “pandemic of
impunity”. The award of the 2021 Peace Prize to two outstanding champions of press
freedom is justified because this really is one of the defining issues of our time.