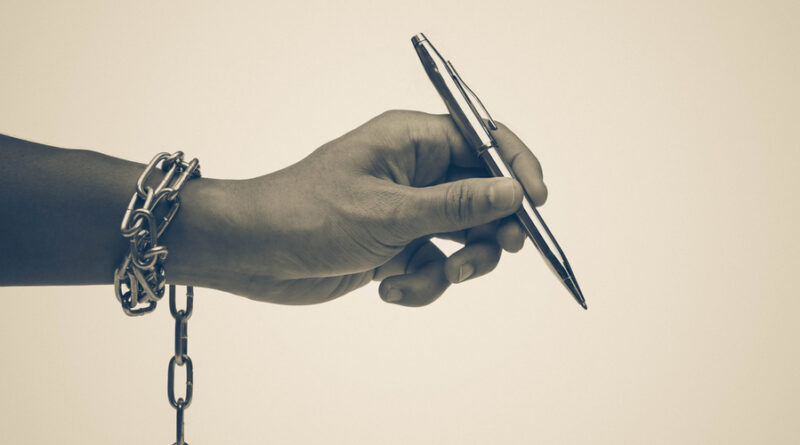 The decisive moment was to be a virtual meeting of Commonwealth Law Ministers in March to consider adopting a set of principles on ‘media and good governance’, with freedom of expression, the role of the media and journalists’ safety at their core. But on 15 February the CJA was abruptly informed that the ministers’ meeting is being postponed for at least six months.

It is now due to take place in the last quarter of 2022 – that is, after June’s Commonwealth Heads of Government Meeting in Rwanda. The ministerial meeting may be held in person, in a location yet to be decided. The change of plan raises fresh questions about the strength of commitment among member states, and how real are the prospects for the Commonwealth to take its first institutional step to defend media freedom and independent reporting. Meanwhile, there is little concrete to show for all this effort.

The story so far: last year, after years of official evasion and foot-dragging, Commonwealth Law Ministers gave the Secretariat a mandate to convene a forum for member state representatives to consider the “substantive issues” behind the Media Principles text that the CJA and five other Commonwealth Organisations jointly published in 2018 – https://tinyurl.com/yckuyb4v – and to “make recommendations” back to Law Ministers. The so-called inter-governmental “Expert Working Group” (EWG) met in series of tightly structured video conference meetings at least nine times between August and November last year. Delegates from over 20 Commonwealth countries took part.

I and David Page, representing the CJA, were among a dozen non-government experts invited to attend the EWG meetings. Our circumscribed role – we were told –  was to provide advice “as needed” and to help clarify points of law and good practice in terms of international standards of protection for free expression and the media. The meetings were held on a confidential basis, meaning that participants may not reveal what was said by any particular speaker; and to date the outcome document, including numerous revisions, has still not been made public.

When will the Commonwealth start to speak out …. ?

When will the Commonwealth start to speak out and act against brutal violence, repression and criminal prosecutions directed against journalists in its member states to stop them from exposing embarrassing truths and holding power to account?  Since 2016, when CJA members passed a resolution at our London Congress, our association has invested a great deal of time and effort, with allied organisations, to convince the Commonwealth it must match its claims to champion free expression and the rule of law with practical and effective actions.  Since last November the CJA and other Commonwealth associations have been led to believe those efforts might bear fruit very soon.

It is positive that Commonwealth states provisionally agreed among themselves a draft set of  media principles based in good part on the text we co-authored with partner organisations three years ago. However, the revised text falls short in significant ways of the robust commitments to international human rights standards that Commonwealth states have already approved in many UN resolutions — including last November’s far-reaching General Assembly Resolution on the safety of journalists and the issue of impunity – https://tinyurl.com/yu8duvzw . Many Commonwealth states still cling to repressive and arbitrary national laws on sedition, criminal defamation and “fake news”.

Online violence, particularly threats of vicious sexual violence against women journalists, https://www.sheffield.ac.uk/news/global-trends-online-violence-against-women-journalists-revealed-new-report has become a “new frontline” in journalism safety; and this phenomenon is often associated with countries in South Asia. Above all, the key ingredient missing until now has been the political leadership that is so urgently needed to tackle the “substantive issues”. Those issues are all the habitual misuse of law by state authorities to silence critical journalism, combined with political interference in the media and an alarming failure to protect the legal and human rights of journalists in many Commonwealth countries.

While we wait for the next act in this story, the CJA and like-minded Commonwealth associations will continue to remind political leaders of the damage done to human lives and the fabric of democratic society by outrages such a the recent street murder of Pakistani journalist Hasnain Shah in Lahore – https://en.unesco.org/news/director-general-calls-investigation-murder-journalist-hasnain-shah-pakistan – and the failure of the authorities in Malta to bring to justice the masterminds behind the assassination of Daphne Caruana Galizia more than four years ago.

UNESCO’s records https://en.unesco.org/themes/safety-journalists/observatory  show that in the past 12 months 13 journalists were killed for their work in Commonwealth states: five in India, five in Pakistan, two in Bangladesh, and one — a woman journalist, Betty Barasa — in Kenya. Analysis by UNESCO  has revealed that in Commonwealth states judicial impunity shields those responsible for killing journalists from facing justice in as many as 96 percent of cases – even more than the global average of about 90 percent.

The United Nations – led by UNESCO which has the mandate to protect the free flow of information – is urging the Commonwealth, like other international and regional organisations, to stand up and halt the global assault on the free press. To do that the Commonwealth must accept that part of its responsibility as an inter-governmental organisation spanning every region of the world is to hold its member countries to their paper commitments on free expression and journalists’ right to report. Can its leaders really go on looking the other way, despite the reputational damage to the organisation as these issues rise up the agenda of international concerns? Inaction is not neutral; it gives comfort and cover to autocratic behaviour by governments. If the Commonwealth is to be seen by the rest of the world as part of the solution and not as part of the problem, there is no time to lose.