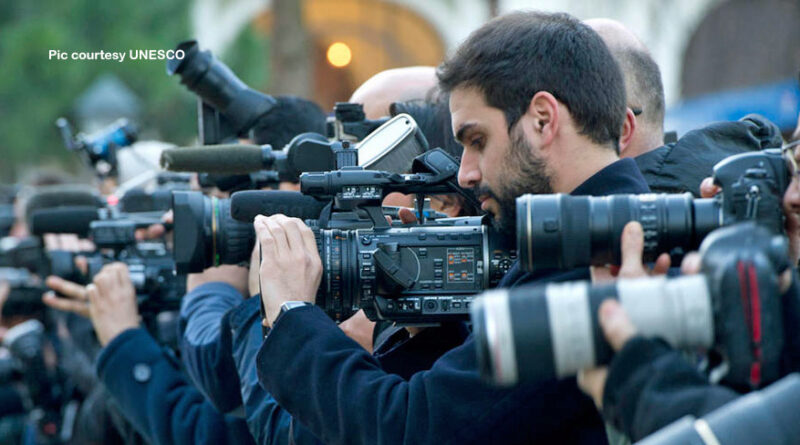 How best can the CJA reach and help budding journalists round the Commonwealth? A one day conference in Birmingham, UK, a week after the summit in Kigali and three weeks ahead of the city’s Commonwealth Games, sees the UK branch trying something new which may open fresh paths for the Association in future. The title is, “Excitement and Risk – Prospects for Journalism in the Digital Age.”

The aim is to recruit 100 students, working on university papers and news websites in Britain, attending in a city centre building – joined by many more coming online. A varied and attractive programme is launched by Rachel Corp, Editor, ITV Network News, with Nancy Lee, in charge of TV and Radio Sport at CBC, Canada, making the concluding address. Other sessions cover reporting in situations of danger, sports reporting, the state of the Commonwealth on the eve of its main youth festival, and issues in higher education such as decolonisation of the curriculum and limited access.

The programme has been put together with the aid of student editors from Birmingham, Warwick and Glasgow in the UK, and DUbeat (Delhi), Ibadan, and Dalhousie, Canada. Dalhousie, is where the CJA was founded in 1978, and the Dal Gazette, founded in 1890, is the oldest student paper in North America.

The project has won widespread support, including financial aid from Google, and will include discussion on the Google News Initiative, which aims to work with journalists to develop innovation in the media. More support comes from the Institute of Commonwealth Studies at London University, and Birmingham University, which is one of the two key partners for the Commonwealth Games. The British Council will promote online attendance around the Commonwealth, and the Birmingham Commonwealth Association has invited the Lord Mayor to host a reception at the end of the day.

Raymond Whitaker, our CJA-UK Chair, will welcome participants along with the editor of Redbrick, the Birmingham University paper and Chris Cobb, our CJA international president, will come in online with Lane Harrison, editor of the Dalhousie Gazette, to round off proceedings. We are hoping that CJA branches around the Commonwealth will encourage young journalists to register online. Our planning committee will carry out a review a week later, to see what we have learnt and can take forward. Renewal of the CJA, in the interests of journalism and the Commonwealth, must be an urgent priority.