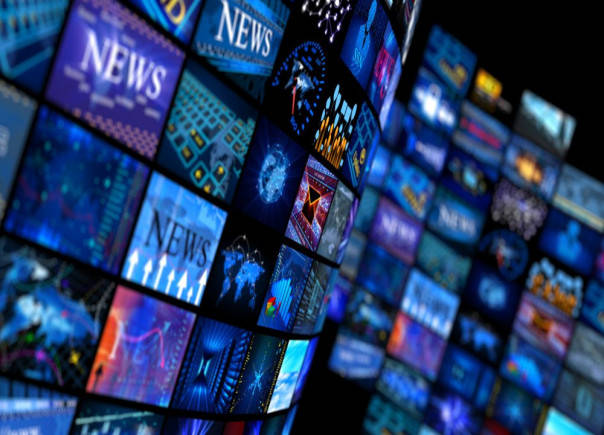 Video coverage of all discussions at the conference can be seen in the Video section, just below this story on the Home page, including *Media in the 21st century, *Issues in higher education, decolonisation, access to HE, gender, *The Commonwealth, between the Kigali Summit and the Birmingham Games, *Online networking, *Google News Lab, *Challenges in reporting sport, sport & politics after Ukraine, *Reporting violence and oppression, *Concluding speaker.

“Excitement and Risk” was the title of a hybrid conference organised by the CJA’s UK branch in Birmingham – and there was quite a lot of both in putting it together. It was aimed at serving student journalists, many just graduating, hoping to get into this insecure profession. It was pegged to the Kigali Commonwealth summit, taking place the week before, and looking towards the Commonwealth Games, starting in a festive Birmingham in July.

With five sessions, from reporting violence and oppression, to the state of the Commonwealth, and the future of media in the 21st century, it brought together a range of experts.

There were 24-30 people in the conference room at the Exchange building, in central Birmingham, with a further 66 registered online around the world. Students thought the star of the show was the keynote speaker, Rachel Corp, editor of ITV Network News. Although she had started as a freelance in the Balkans, before becoming an ITN trainee and BBC producer in Moscow, she now warned against youngsters wandering into war zones. But students were fascinated as she explained the difficulty of keeping audiences interested in long-running stories, like Covid or the Ukraine war, as they began to tire and ratings faltered.

From India, Ms Monideepa Banerji praised the resilience of Indian journalists in increasingly difficult times. She argued that even though India is the internet shutdown capital of the world – indeed the Internet is shut down for long periods in Kashmir and other conflict areas – she applauded the courage and dedication of Indian journalists who manage to survive and continue practising their profession with the help of courts. Mike Owuor, editor of the Sunday Nation in Kenya, said that violence against journalists reporting conflict has slightly improved in his country, thanks in part to the provision of guidelines to conflict reporters, which has proved to be helpful.

Sir Ronald Sanders, Ambassador for Antigua and Barbuda in the United States, said that the Commonwealth was a very important organisation which had started the global conversation on climate change. Media reporting within the Commonwealth must highlight the dedication that Commonwealth had consistently shown for issues around the security of small island states and continue to press this story. In the same panel, the Director of the Canadian Defence and Foreign Affairs Institute, Mr Hugh Segal, stressed that accountability is of critical importance to the reputation of the Commonwealth as a global organisation. If media freedom is supported as a benchmark for human rights violations and democratic values, this will be invaluable to help keep authoritarian regimes within the Commonwealth in check.

The presentation of the Commonwealth in the media and the perception of its relative enduring value, was debated from three different perspectives: Nigeria, the Caribbean, and Canada. This panel included Professor Eghosa Osaghae, Director-General, Nigerian Institute of International Affairs, who praised the Commonwealth as an international platform for the global South for solidified voices on global affairs. According to him, the media within the Commonwealth should accept that value and utilise it to the advantage of Commonwealth media platforms.

General trends and challenges for media freedom within the Commonwealth was discussed in the last session. Zaffar Abbas, editor of Dawn, Pakistan’s most important English-language newspaper, talked about the future of media in Pakistan. In his view, despite the rising appetite for social media and their own lack of resources, Pakistani newspapers are likely to survive because of reputable trusted news, editorial control and fact checking. Violet Gonda, President of the International Association of Women in Radio and. Television, shared her experience as a journalist reporting on critical issues in Zimbabwe. She said: “I was quickly labelled as a rebel in Zimbabwe because I was critical of the regime in power and trolled on social media, but one must never give up on speaking and writing the truth.”

Nancy Lee from Canada, the former head of CBC TV and Radio Sport, ended the conference on a high note. She described the challenges in keeping the Commonwealth Games alive in the broadcasting world, at a time of exploding competition. Live coverage this year by CBC will only be for ten hours, compared with 50 hours at the last Games four years ago. It was important to make the case that the Commonwealth Games are different, often providing a pathway for athletes to achievement elsewhere.

The conference was sponsored by Google, whose Caroline Scott provided a superb talk on the Google tools available to journalists, by Birmingham University, which offered a discounted price for the state-of-the-art venue, by the Institute of Commonwealth Studies, which subsidised students who attended from London. Further, the British Council and Commonwealth Foundation promoted online registrations and the Birmingham Commonwealth Association used its good offices so that the Lord Mayor of Birmingham offered a reception to participants

The UK CJA Chair, Raymond Whitaker opened the conference, Rita Payne moderated an online networking session in the lunch hour at Birmingham, and Chris Cobb, International President, chaired the final session and brought it to a close.

The UK branch will carry out a review with some students in July, to see how well it succeeded in its two objectives – to assist students wanting to enter journalism, and to help renew the CJA branch itself. It will be interesting to see whether other branches carry out similar initiatives.