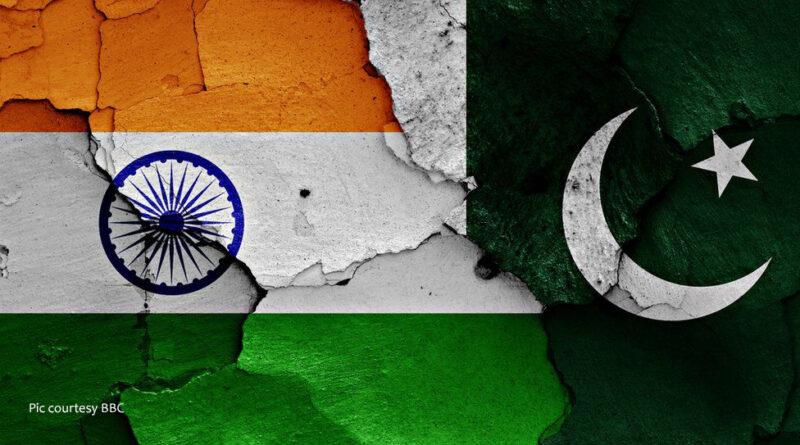 The Pakistan International Airlines aircraft flying from Karachi to Dhaka in early February 1968 dipped low over Calcutta. The pilot made it a point to inform passengers of the landmarks over which the aircraft flew. My father, in a state of clear excitement, showed my siblings and me the Victoria Memorial down below, telling us of the times when he used to be a regular visitor there in the days before India was ripped apart.

On that flight, my father’s nostalgia dipped in emotion was evident. He missed Calcutta and was never to go back there. When nineteen years after that flight, I travelled to the great city, he asked me to visit his old geological survey office and also Ripon Street, where he had lived for the five years between 1942 and 1947. On my return, I gave him a full report. As he listened, that faraway look in his eyes said it all: he was back in Calcutta all those years ago.

As the 75th anniversary of the partition of India approaches, it is the many tales, stories of individuals and families affected grievously by the break-up of the country, which we remember – or need to remember. It was our parents’ generation which celebrated or grieved at the cataclysm which would leave the subcontinent forever in a state of pain.

For us, people who are not midnight’s children and indeed were born years after 1947, it makes sense to go into a dispassionate study of the tragedy which partition was, of the communal enmity it engendered, of the long-term ramifications that would leave a common future held back by the past.

The issue today is not one of apportioning blame, though many were the political figures at whom the finger has remained pointed for the disaster which ensued in August 1947. And the disaster, in grave mathematical terms, was horrendous.

No fewer than 14 million people were compelled to leave their ancestral homes in Punjab and Bengal and go over to lands they had never been to before; and even as India was broken into two, close to two million people — Hindus, Muslims, Sikhs — died in frenzied bloodletting either in communal riots or when crossing one another’s path in that summer of heartbreak.

Recall Noakhali, Bihar, Calcutta in 1946 — with Hindus, Muslims and Sikhs hacking away at one another, prompting a 77-year old Mahatma Gandhi to trek through nearly inaccessible villages to spread the message of love and reconciliation. ‘Direct Action Day’ in Calcutta in August of the year felled between 5,000 and 10,000 citizens in the fury of religious hate.

Our generation today asks why Jinnah went for that programme without anticipating the terrible consequences, why Suhrawardy, prime minister of all Bengalis, called a holiday on 16 August and then proved unable to stop the killings, why Nehru on 10 July was dismissive of the Cabinet Mission Plan even after his party had accepted it.

The old horrors — of trainloads of murdered Hindus and Sikhs coming into east Punjab from west Punjab, of trains of Muslims battered to death exiting east Punjab and coming to a stop in west Punjab — we in our times have relived in fiction and historical analyses.

Women, forever booty in the history of human conflict, were abducted, raped and killed on both sides, in some of the darkest chapters of the partition narrative. From eastern Bengal went masses of Hindus — reputed teachers, medical practitioners, traders, philanthropists — to western Bengal. Some of them, in the illusion that they would soon be back, carried on their person nothing more than cans of sweets, roshogollas and morobbas.

And from western Bengal trekked into eastern Bengal educated Bengali Muslims from Murshidabad and Burdwan, leaving their parents’ homes and graves, convinced that Pakistan would give them a happier future. And all these Bengali Hindus and Muslims would for years after partition wallow in the past, speaking of the towns and villages they would not see again. No pain is more intense than individuals uprooted by politics from their history. In 1947, among these individuals were men of noble note blown hither and thither by the break-up.

Abul Hashim left his roots in western Bengal and moved to Pakistani eastern Bengal. So did Abul Kashem Fazlul Huq and Huseyn Shaheed Suhrawardy. Chaudhry Khaliquzzaman and Liaquat Ali Khan and many others went over to western Pakistan.

Dhirendranath Dutta stayed in his native Comilla, but Jogendranath Mandal, having tried to adjust himself to politics in Muslim-dominated Pakistan, would eventually call it a day and leave for India. Syed Badrudduja, on the other hand, would not leave Calcutta because of his conviction that India’s Muslims, left bereft of spokesmen, needed him to speak for them.

In western Bengal, indeed all across India, the exodus of people splintered geography and historical tradition. Those who could left for their new homelands; those who could not, the poorer and deprived communities, stayed back, in the hope that they would be safe. That notion of safety would come under repeated assault, in 1950 and 1964. Every assault would lead to a fresh trek away from ancestral homes.

The pain of partition was felt acutely by Kuldip Nayar, who literally walked from west Punjab to the east, forced to begin life anew. His links with the past would not cease, though, as in his later years he would become a leading advocate for friendship between India and Pakistan. Khushwant Singh, educated in Lahore, left his family home in the care of his friend Manzur Quadir, the future lawyer of eminence and Ayub Khan’s foreign minister.

Down the years Singh would travel to Lahore and have warm reunions with Quadir and other Pakistanis, a sign of how deeply he missed the place of his birth. The lawyer Ram Jethmalani and India’s future prime minister I.K. Gujral would miss their roots in the state of Pakistan. Sahibzada Yaqub Khan left his parents and siblings in Delhi to join the new Pakistan army. He and his brother, the latter an officer in the Indian army, would fight on opposite sides on the battlefield.

Saadat Hasan Manto left Bombay for Pakistan, to be soon disillusioned by the hostility of the state to his writings. Qurratulain Hyder would go over to Pakistan and then return to India. Bade Ghulam Ali Khan’s reputation mattered little to the authorities in Pakistan, compelling him to go back home to India. The leftwing intellectual Sajjad Zaheer, prominent in Pakistan’s fledgling communist party, would suffer persecution in the new state before turning his back on it.

Jyoti Basu never forgot his roots in Bangladesh, making it a point to visit his old home in his old village. In 1954, Sher-e-Bangla Fazlul Huq, newly anointed as chief minister of East Bengal, made an emotional trip to Calcutta and waxed eloquent about the indivisibility, despite partition, of Bengali culture. The entrenched central administration in Karachi found that a reason, among other reasons, to sack his ministry.

The scars of partition have not healed. Hindus and Sikhs are as good as extinct in Pakistan. In Bangladesh, an unstoppable decline in the Hindu population has

been the sad reality. In India, Hindutva nationalism has upset the secular cart, causing new fears to arise among the country’s Muslims about their future.

In 1947, mistakes were made, attitudes were misplaced, history was turned on its head. The wounds are yet raw.