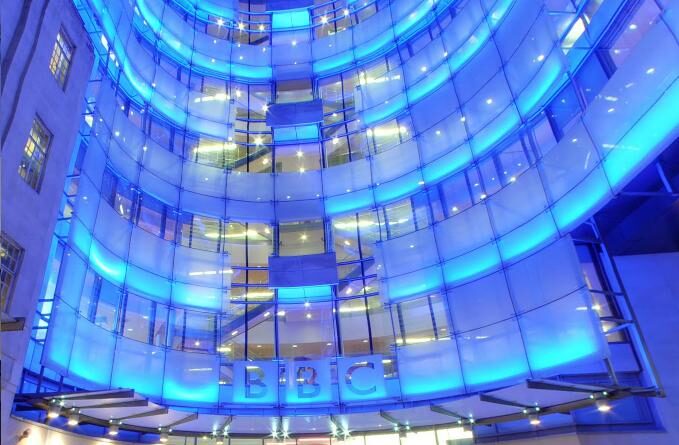 view of the BBC on

The BBC is a hundred years old. For those of us who have grown into adulthood, indeed are now fast approaching the twilight of life, the BBC has been part of life. Time was when listening to the BBC World Service, on the radio, was essential. For credible news, for fairly good commentaries on global events, it was to the BBC that we turned. The music playing before the news came on is a memory we treasure.

To be sure, the BBC has not been without its flaws. There have been moments when its reportage left its audience disappointed. It has had its own internal issues to deal with. By and large, though, it has given generations of people around the world news eagerly awaited.

When radio and television networks at home in any country, weighed down by censorship imposed by dictatorial or authoritarian governments, went out on a limb to conceal the truth, it was the BBC that informed us of everything that was going right or wrong around the world.

In the winter of 1970, the BBC’s coverage of political tensions in Poland was something I did not miss. In those cold mornings in Quetta, at 7am, I tuned in to the BBC to add to my understanding of what was happening in Gdansk. For public discontent to be made explicit in a Warsaw Pact country was a novelty. And I felt all that news about Gdansk was educative for me. Edward Gierek replacing Wladyslaw Gomulka was a watershed moment.

A moment I cherish about the BBC is that defining hour, 6pm in newly liberated Bangladesh on 8 January 1972. Having tried out all the available radio channels on the small family transistor we had at home in Malibagh, Dhaka, I hoped the BBC would be able to give us some clue to where Bangabandhu Sheikh Mujibur Rahman was headed after he was freed by the Pakistan authorities. Since the morning, reports had circulated about Bangabandhu’s flight out of Pakistan. The details were not known.

At 6pm, on 8 January 1972, the lead news item on the BBC World Service was the first to let Bengalis and people around the world know of the whereabouts of Bangladesh’s leader. This is how the newsreader gave it to us: “The East Bengali political leader Sheikh Mujibur Rahman has arrived in London.” In Bangladesh, there was endless joy. For the very first time since the Pakistan army had launched its genocide and had flown Bangabandhu, as its prisoner, to imprisonment and trial in what was then West Pakistan, we knew our leader was safe.

The BBC had let us in on the beautiful discovery. Later that evening, on the BBC’s Bengali Service, we heard Bangabandhu address a crowded news conference at London’s Claridge’s Hotel. Many of us wept here at home when we heard his voice for the first time in nearly ten months.

My first experience of the BBC remains pretty sketchy. In September 1965, as the war between India and Pakistan went on, my uncle and his friend (who too were in Quetta in central government service) regularly tuned in to the BBC for news of the war front. There was an evening when, listening to a discussion on the war on the World Service, they broke into cheers.

It transpired that one of the discussants had something good to say about the Pakistani military. My uncle and his friend, proper Pakistanis at the time, were happy, in the belief that the discussant had projected a proper picture of reality. I was too young and naïve to understand anything.

Here in Bangladesh, the BBC assumed critical importance in November 1975. Reports of the murder of the four Mujibnagar leaders in prison were flashed, especially by the Bengali Service, in early November. At a time when radio and television in the country went blank and large sections of the population had simply no idea of what was happening in the corridors of power, it was the BBC we turned to for news.

Reconnecting with a friend

The coup led by General Khaled Musharraf made it to the BBC headlines and so did the counter-coup organised by forces loyal to General Ziaur Rahman between 3 and 7 November. The BBC reported the deaths of Musharraf and his associates by Zia loyalists.

On a personal level, I remain indebted to the BBC for facilitating an exchange of letters, in 1972, between my schoolmate in Quetta and me in Dhaka. It was a time when all communication between Pakistan and Bangladesh had snapped, obviously since it was early days since the end of the war.

I wrote to my friend and then, through a covering letter, posted the letter to BBC Bush House hoping against hope that someone there would be generous enough to mail it to my friend. Someone indeed did that, as I came to know from my friend, who wrote back to me in the same way.

Such an exchange of letters went on for quite a while. I was never able to locate the kind person at the BBC who helped keep two friends in touch through Bush House. Perhaps he or she grows old quietly somewhere in England these days.

At BBC Television, thanks to my good friend Rita Payne, I was privileged to appear a number of times on the Asia Today programme, in my years as media spokesperson at our High Commission in London, and respond to questions on particular political and economic issues in Bangladesh.

I have spoken on the Urdu and Hindi Services of BBC Radio. I have had the opportunity of accompanying Bangladesh’s ministers and other political figures to Bush House for them to be interviewed on the Bangla Service.

The BBC is where we first came to know of Princess Diana’s death in a car crash in Paris. It was through the BBC that we learned early on of the assassination of Benazir Bhutto in Rawalpindi on a December day.

On BBC Television, I have relished watching Tim Sebastian and then Stephen Sackur make their visitors squirm in their seats on Hardtalk. It has been a joy observing Jeremy Paxman make politicians sweat on his Newsnight programmes.

And watching Prime Minister’s Questions on the BBC every Wednesday is always a lesson into how effectively the media can take politics to the doors of citizens.

The BBC has been part of life across the continents. For me, the BBC has grown into a habit.