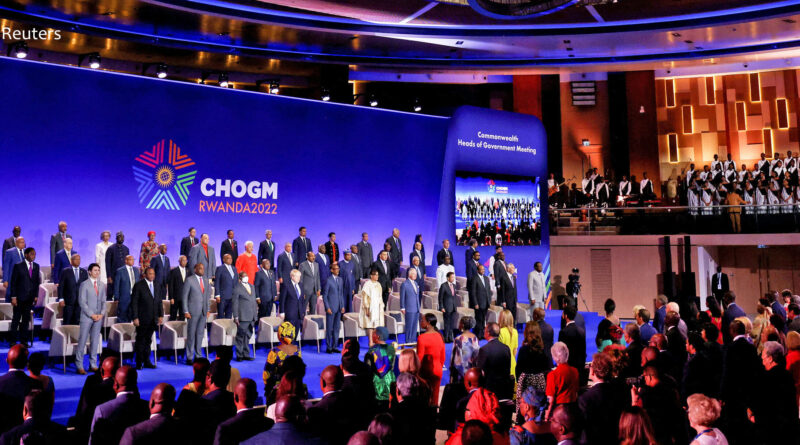 Human rights in Rwanda, including those of journalists, was one of the issues surrounding the heads of government meeting in Kigali. Twenty-four international organisations, including the CJA, sent this open letter to the delegates expressing grave concern.

We urge the Commonwealth and its members to consider CHOGM as a moment to reiterate its core values of human rights, rule of law and good governance – as enshrined in the Commonwealth Charter and the Harare Declaration – to urge the Rwandan government to take concrete measures to respect and promote these values, and to express grave concern to the government on its human rights record.

Rwanda became a member of the Commonwealth in 2009. At the time,  the Commonwealth Human Rights Initiative voiced concern that the state of governance and human rights in Rwanda did not meet the Commonwealth’s standards. Many of these concerns remain today. Commentators, journalists, opposition activists, and others speaking out on current affairs and criticising public policies continue to face abusive prosecutions, enforced disappearances, or have at times died under suspicious circumstances.

As documented by Human Rights Watch in the lead up to the June 2021 CHOGM (later postponed), security forces increased efforts to “clear up” the streets of Kigali and take people deemed “undesirable”, such as street children, street vendors, sex workers, homeless people, and beggars, to an unofficial detention facility – Gikondo transit center – under the aegis of the National Rehabilitation Service. This practice was condemned during the review of Rwanda by the United Nations Committee on the Rights of the Child in February 2020.

Of further and particular concern are the relentless harassment, attacks and threats that independent civil society and the media in Rwanda consistently face, which contravene international human rights obligations – particularly those relating to the rights to freedom of expression, association and peaceful assembly. Not only does this call into question the integrity and credibility of the discussions on human rights and rule of law issues scheduled to take place during CHOGM, it also threatens civil society’s participation in CHOGM-related activities. The Commonwealth Charter recognises the key role that civil society plays in supporting the Commonwealth. Limiting the engagement of civil society undermines the values and effectiveness of the institution.

Unlawful detention and torture are rampant, particularly in unofficial detention facilities known as ‘safe houses.’ In 2017, the United Nations Sub-Committee on the Prevention of Torture (SPT) was forced to suspend and later cancel its visit to Rwanda – the first time it has ever done so – citing obstruction by the authorities and fear of reprisals against interviewees. This visit should rapidly resume under the required guarantees.

The Rwandan government consistently fails to conduct effective investigations into allegations of extrajudicial executions, enforced disappearances, deaths in custody, arbitrary detention, torture and other ill-treatment, and ensure accountability. In many of these cases, the evidence points to the involvement of state security forces. This has created a climate of fear among the population and impunity.

Notably, authorities have failed to conduct a credible investigation and ensure accountability for the suspicious death in police custody of well-known activist and singer Kizito Mihigo. In March 2021, 42 civil society organisations from across the Commonwealth wrote to ask that the Commonwealth press Rwandan authorities to allow an independent, impartial, and effective investigation into the death in custody. Since then, no progress has been made to shed light on and ensure accountability for Mihigo’s death.

We therefore urge Commonwealth governments to press Rwandan authorities, ahead of and during CHOGM, to agree to the following:

1)    Immediately drop the charges against and release all of those currently detained solely for peacefully exercising their right to freedom of expression, reform laws and create an enabling environment for activists, bloggers and journalists to freely express their views, online or offline, without fear of consequences;

2)    Publicly commit and guarantee that civil society and media – including those from Rwanda – will be allowed to work freely and raise human rights issues without fear of reprisals during and after their participation in CHOGM;

3)    Take concrete steps to address the African Court on Human and People’s Rights and the United Nations Committee on the Rights of the Child’s concerns about the treatment of people deemed ‘vagrants’ or ‘beggars’ as criminals. Specifically, to publicly commit to closing down unofficial detention facilities and reforming Rwanda’s National Rehabilitation Service;

4)    Close Gikondo transit centre and commit to ensuring that no detentions of poor or marginalised people will take place ahead of this or other such meetings;

5)    Publicly commit to facilitating the resumption of the visit of the Sub-Committee on the Prevention of Torture when the subcommittee seeks to do so, with guarantees that it will be free to carry out its work without interference, in accordance with Rwanda’s treaty obligations;

6)    Publicly commit to allowing an international investigation into high profile cases of violations against dissidents, such as the death in custody of Kizito Mihigo, by issuing an invitation to United Nations and African Union mandate-holders on extra-judicial executions, enforced disappearances, torture, and arbitrary detention;

8)    Publicly commit and guarantee that all people in Rwanda will be treated with dignity and respect, and be allowed to live in an environment in which they can freely enjoy all human rights guaranteed by the Constitution of Rwanda, including by instituting effective mechanisms to protect journalists, civil society groups, and human rights defenders who work for the promotion and protection of human rights.

In addition, we urge you and the Commonwealth Secretariat to put in place criteria which include compliance with human rights standards and norms, for countries that are considered for Commonwealth membership and are hosting major events like CHOGM.

We thank you for considering this important issue. We would welcome an opportunity to discuss this further.